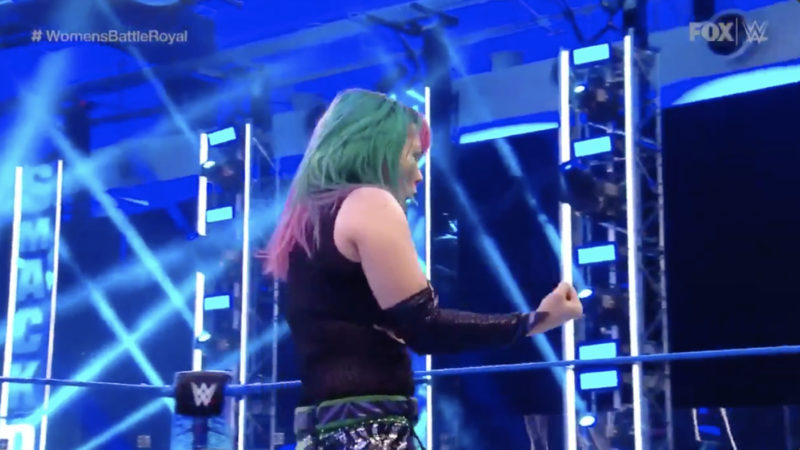 This week’s episode of Friday Night SmackDown featured a huge triple brand battle royal match. The winner of the match would go on to challenge Bayley for the Smackdown Women’s Title at SummerSlam.

It was an intense match as fans wondered who would come out on top. In the end, it was Asuka who outlasted every other competitor and won the match. She will not only be challenging Bayley for the Smackdown Women’s Title but also Sasha Banks for the RAW Women’s Title at SummerSlam.

Asuka lost her RAW Women’s Title to Sasha Banks. Now she has the opportunity to win it back along with the chance of being a double champion.

Here is the updated card for SummerSlam: