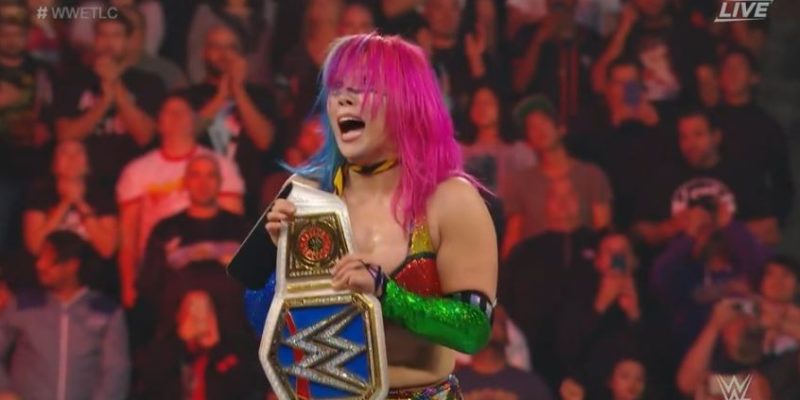 The women truly stole the show, with each competitor putting their body on the line in many memorable spots. It was truly a chaotic match.

Towards the end of the match, Becky Lynch and Charlotte Flair were both on the ladder, vying for the championship hanging above. However, Ronda Rousey would suddenly interfere in the match and push the ladder they were on, thus knocking them off.

With both Charlotte and Becky incapacitated, Asuka was the only competitor left standing. So she made good use of what transpired and quickly climbed the ladder in order to retrieve the title for her first ever reign as a champion on the main roster.

This is YOUR moment!!!

WWE TLC would end with Becky and Charlotte staring down one another, fully aware that they had a common enemy in their sights, and that was Ronda Rousey.