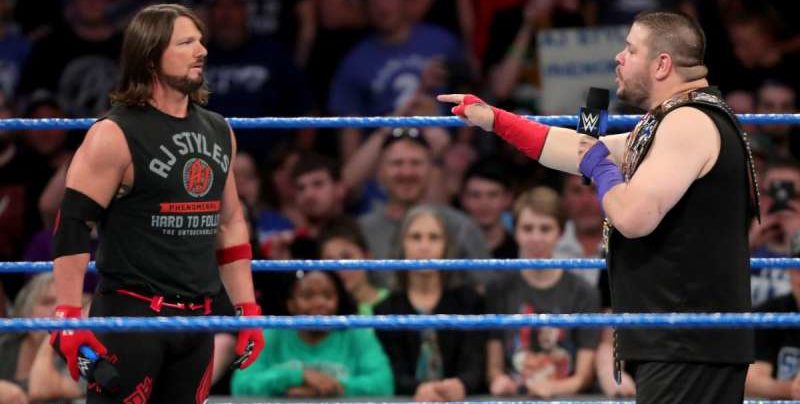 We noted before how the ending of the US Title match at Battleground was confusing and the reports stated that Styles was actually booked to win the match till the last minute before the show started.

However, during the latest episode of Wrestling Observer Radio Bryan Alvarez shed some more light on the situation and claimed that the right person ended up winning the match.

The wrestling journalist reported that the finish of the bout was actually changed after the match started and it was apparently the reason why it looked awkward.

It appears that AJ Styles was not aware of the change as he looked confused when the bell rang and he stayed in the ring for several minutes after the match was over as seen in the photo below:

I don’t know it was shown on TV, but AJ stuck around a bit after his match. He was really selling his loss. Even kocking over the ring step pic.twitter.com/Co0VJrdlCs

This, however, does not explain why WWE put the title back on AJ Styles on the Battleground Fallout episode of SmackDown Live. Though we’ll keep you posted on any further update on the situation.

If you haven’t already, you can check out the complete SmackDown Live result of this week here.