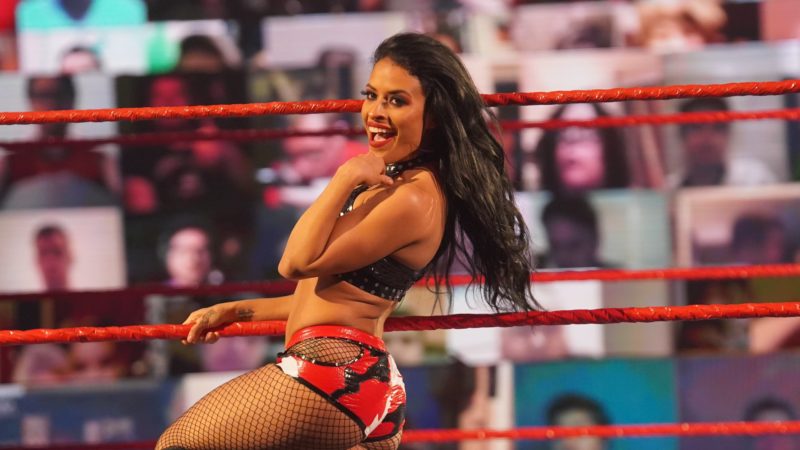 There’s a bit more behind the scenes to the Zelina Vega release. Frustration from both sides is an understatement. While it can’t be directly tied to today’s news, Aleister Black recently requested to move back to NXT and was denied. Dissension amongst the parties involved.

Minutes before WWE announced her release, Vega put out a Tweet saying that she supported unionization.

Vega went on to thank the WWE Universe for all their support and said that she enjoyed the last few years as a part of the company.

The Wrestling Observer’s Dave Meltzer talked about the situation. He mentioned Vega was released for trying to unionize and it was a message by Vince McMahon. For a while now, there have been conversations about unionizing among the wrestling community. WWE’s third-party rule only increased the conversation, with Andrew Yang pitching in as well.

Following Vega’s news, Yang reacted as well, saying he had not forgotten about Vince McMahon.

In a recent report by Fightful Select, they revealed that the person who started the split between Zelina Vega and WWE had not been identified. They further reported that every major wrestling company in the USA was buzzing about Vega’s release.

The report stated that one member of the WWE SmackDown roster stated that Zelina Vega was always going to stand her ground on the ‘third party situation’.

The release surprised AEW as well, and AEW wrestlers reportedly noted that WWE did not realize what they had in Zelina Vega, claiming the company ‘lost their minds’.

The report went on to state that an IMPACT wrestler had also said that they would push for Vega to come back to IMPACT Wrestling. Vega has a history with IMPACT Wrestling and a move there might well make sense.