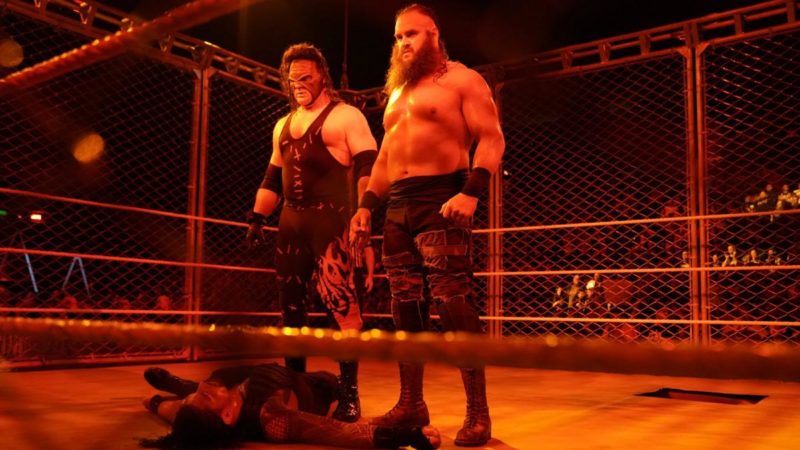 It’s safe to say that not many people saw it coming when Kane made his surprising return to WWE Programming during this week’s episode of Raw, and it appears that WWE went to great lengths to make this possible.

According to Wrestling Observer Newsletter, WWE did their best to hide the return of Devil’s Favourite Demon and none of the talents knew about it ahead of the time.

Furthermore, to avoid spoilers he didn’t fly in directly to Portland. The Former World Champion landed on a different airport and then drove to the arena for the show.

Though it appears that he wouldn’t be staying around for long as PWinsider is reporting that Kane’s return will be a short-lived one and is only expected to last one month.

After assisting Braun Strowman in winning his match against Roman Reigns on Raw this week, Kane will join Strowman, The Miz and the Bar in their match against The Shield at the TLC PPV this Sunday.