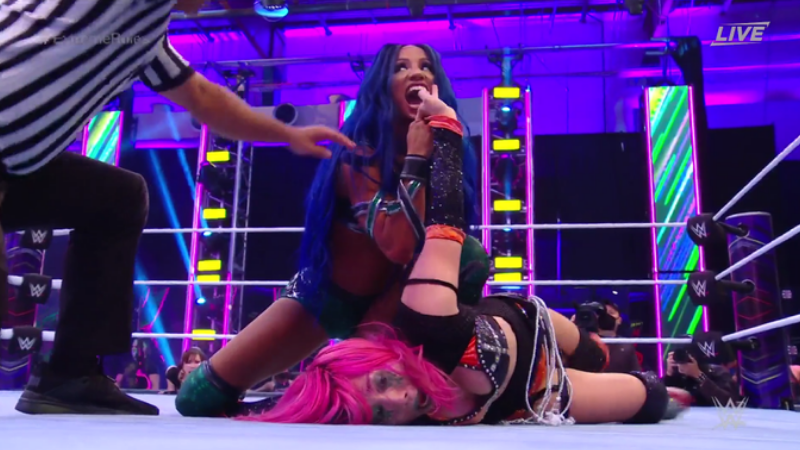 The RAW Women’s Title match between Asuka and Sasha Banks at WWE Extreme Rules ended in controversy. After Asuka accidentally blinded the referee with her green mist spray, Bayley attacked Asuka. She then took the referee’s shirt and wore it, after which she counted the “pinfall” when Banks pinned Asuka. She then forced the timekeeper to ring the bell as she and Banks made their exit.

According to Dave Meltzer of Wrestling Observer Radio, the ending was apparently a last-minute decision. Meltzer added that the change was likely done by Vince McMahon in order to increase the RAW viewership numbers. Last week’s episode received only 1.561 million viewers.

The company hopes that more people will tune in to find out what will happen next in Banks and Asuka’s feud. It seems this was also why Orton vs Big Show in an unsanctioned match was kept for the upcoming episode of RAW instead of Extreme Rules.

There has been no mention of an official match result from the RAW Women’s Title match.