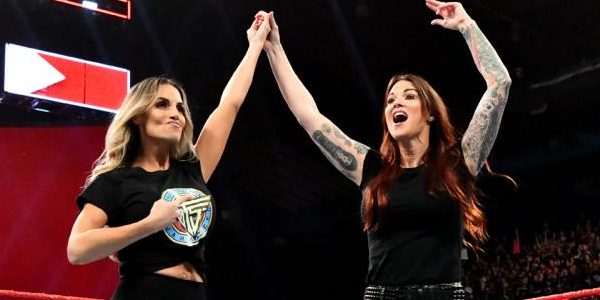 Alexa Bliss was originally announced to face Trish Stratus in a one on one bout at the upcoming Evolution PPV but the company altered this match on Raw this Monday.


After a confrontation involving these two and Mickie James and Lita, WWE revealed that the singles match will now be a tag team bout with Bliss teaming up with James to face Stratus and Lita.

During the latest edition of Wrestling Observer Radio, Dave Meltzer talked about this change and revealed that this tag match was always the plan for the upcoming PPV.

According to the Wrestling Journalist, the company needed a bout to promote the upcoming PPV and boost the ticket sales but they couldn’t promote the Nikki Bella vs. Ronda Rousey match without shooting their angle on this week’s Raw.

So the company announced Alexa vs. Trish in order to promote the upcoming PPV and changed the bout now as they have done the angle between Bella and Rousey and their match has been made official.