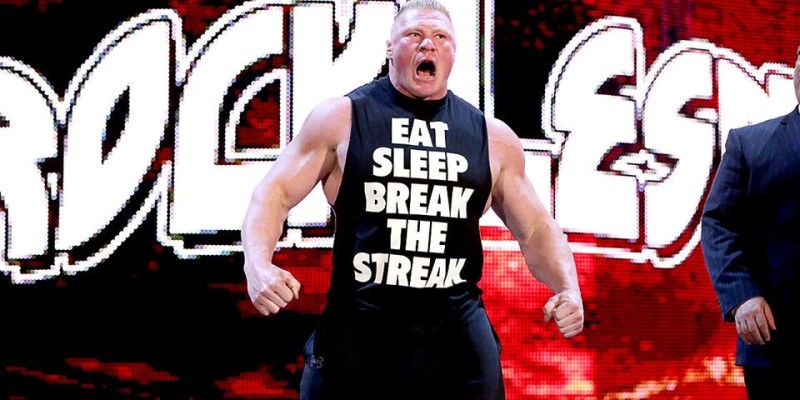 Former WWE World Heavyweight Champion Brock Lesnar is scheduled to return to WWE TV in August to start building to his match at SummerSlam. There have been rumors for some time now that Lesnar would face Braun Strowman at the event.

Originally, Strowman was in line for a big push following WrestleMania 32. He was supposed to win the Andre The Giant Memorial Battle Royal, but that did not happen, and it appears that Vince McMahon has cooled off on Strowman for the time being.

It’s still possible that WWE books Lesnar vs. Strowman at the event or they could have Lesnar face Bray Wyatt at the event, which has also been rumored.

Lesnar has not been on WWE TV since WrestleMania 32 where he defeated Dean Ambrose. Expect to see Paul Heyman appear on RAW in late July to hype Lesnar’s return.