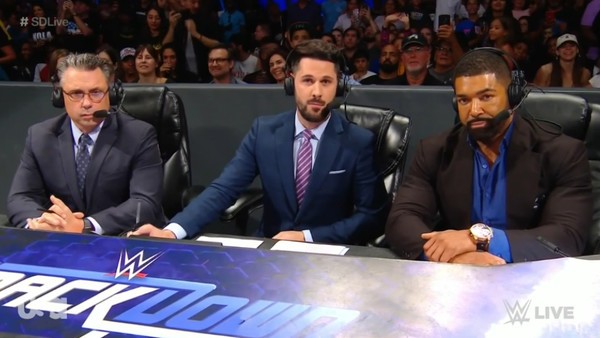 As previously reported, Jerry “The King” Lawler is only on the RAW announce team for a temporary basis. On the Saturday Night’s Main Event podcast, Dave Meltzer backed up the theory along with adding the fact that Nigel McGuiness is the favourite to replace him when the time comes.

Whereas, it is believed that Tom Phillips will be working backstage for the company at the moment. It is to be noted that he is touted to take over Michael Cole’s position on the SmackDown announce booth eventually.

The commentary teams have recently been shuffled with Vic Joseph, Jerry Lawler, and Dio Maddin while the revamped blue brand will see Corey Graves, Renee Young and Michael Cole.