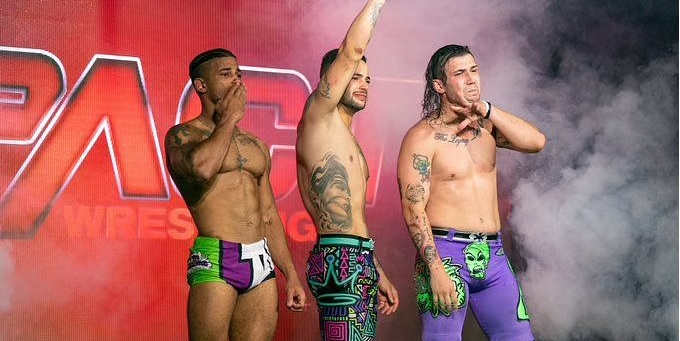 We noted before how two members of the Impact Wrestling stable The Rascalz signed a contract with WWE, leaving people wondering about the status of the third member Trey Miguel.

The latest Wrestling Observer Newsletter has provided some update on his status and it reveals that Miguel is currently weighing his options.

According to the report, he is considering both WWE and AEW as options right now but the former Impact star has not made any decision on his future just yet.

The Rascalz is a group consisting of Dezmond Xavier, Zachary Wentz and Trey Miguel. The team signed with Impact Wrestling back in 2018 and started getting noticed after that.

Even Triple H praised the former Impact stars in his recent interview saying that he has been impressed by the performance of the trio so far.

Now it would be interesting to see if Trey Miguel also joins his teammates Wentz and Xavier in WWE or if he decides to try his luck in AEW instead.