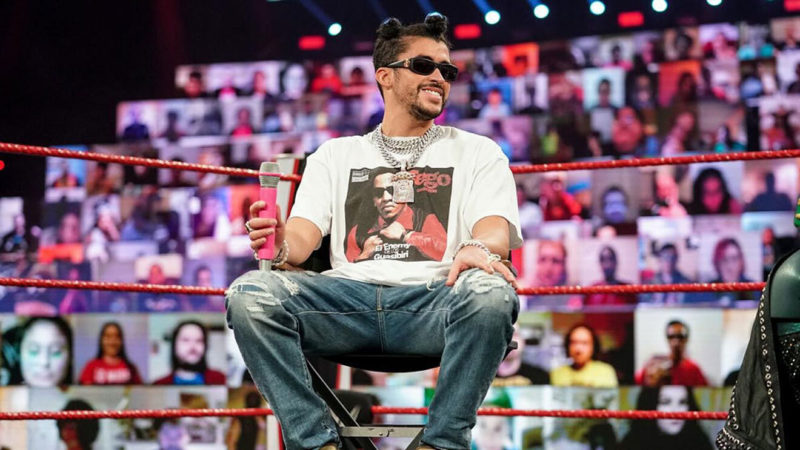 WWE’s Chief Content Officer, Triple H has already brought back names such as Dakota Kai, IYO SKY, Dexter Lumis, Johnny Gargano and most recently, Braun Strowman. There is a possibility that ‘The Game’ might bring back another star that the fans want to see as well.

He recently met top star Bad Bunny to possibly discuss another WWE run. Amid this, The Judgement Day member Damien Priest has offered Bunny to join forces with the stable.

Speaking on the latest episode of WWE’s The Bump, Priest stated that the doors are always open for Bunny and he is allowed to join their faction anytime he wants.

“You know, think we mentioned it before. Our doors are open, if you’re willing to want to make a change for yourself… obviously, he is extremely successful, one of the most popular humans on the planet. But you could always be more, you could always strive for more and that’s what The Judgment Day is. If Bad Bunny wants a spot, our doors are open for him,” said Priest.

It was at WrestleMania 37 that the popular rapper teamed up with Priest for a match against The Miz and John Morrison in a winning effort.

Triple H had previously shared photos of himself visiting the star before the latter’s show at the Alamodome in San Antonio, Texas, which will be the venue for next year’s Royal Rumble. The Royal Rumble match bring surprises each year and it might be the best platform for Bunny to return.