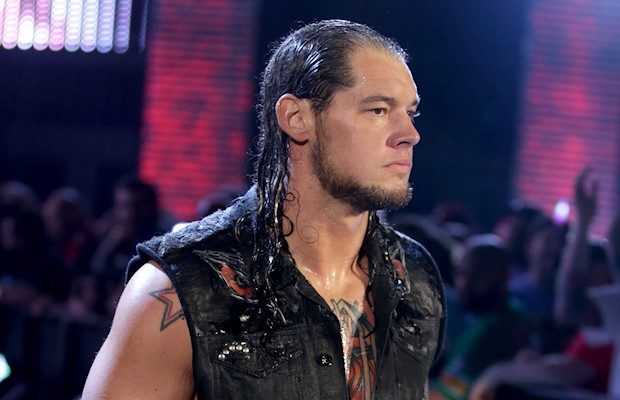 Baron Corbin responded to personal insults hurled at him by an indie wrestler known as Geoffrey Bravo. The latter apparently took a shot at Corbin, stating that he doesn’t get why women find the WWE Superstar attractive.

Baron Corbin rose to prominence in the WWE since his main-roster debut in April of last year at Wrestlemania 32, winning the Andre the Giant Memorial Battle Royal. The 32-year old is a 3-time Golden Gloves boxing champion and former offensive lineman for the NFL’s Indianapolis Colts and Arizona Cardinals.

Needless to say, Corbin is a hit amongst the ladies, and that, in turn, seems to have irked CZW (Combat Zone Wrestling) performer Geoffrey Bravo. Bravo took a shot at Corbin on social media, hurling personal insults at the WWE Superstar including a comment on his receding hairline-

Apparently, Corbin got wind of Bravo’s criticism, and staying true to his on-screen persona, The Lone Wolf fired back-

@GeoffBravo5_aka I don’t get how you call your self a pro wrestler. Wrestling for chips and maybe 5 bucks just makes you a pretend wrestler. Big difference

Not one to shy away, Bravo responded-

@BaronCorbinWWE I’m apparently enough of a somebody to elicit a response…. and I didn’t even tag you. Have a great day, brother!

Regardless of how better known stars such as Corbin, Ryback or even Randy Orton for that matter, may feel about the independent wrestling circuit; the fact remains that we as fans ought to accord juts as much respect to the lesser known performers in the smaller promotions, as we would to the more established stars.