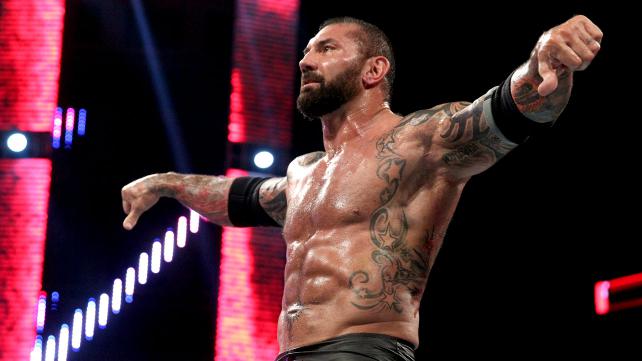 Recently, it was reported that Batista had been in negotiations with both WWE and All Elite Wrestling. Earlier today, it was revealed that he had a recent meeting with WWE in their headquarters in Stamford, Connecticut. He may have also had a meeting with AEW today, as well. At least, a member of their roster.

Chris Jericho posted a picture to Instagram of himself and the former WWE Champion. Jericho said it was just a good chance for the two to hang out and catch up with each other, while also discussing BBQ. However, it’s hard to deny the possibility that Jericho was working on bringing him on as a part of the AEW roster.

The Animal also discussed their meeting on Instagram, calling Jericho a Dream Chaser.

A big name like Batista could really help All Elite Wrestling promote their upcoming Double or Nothing PPV, but if the WWE is offering the final run that he’s been wanting for the past few years, it would be hard for him to pass up.