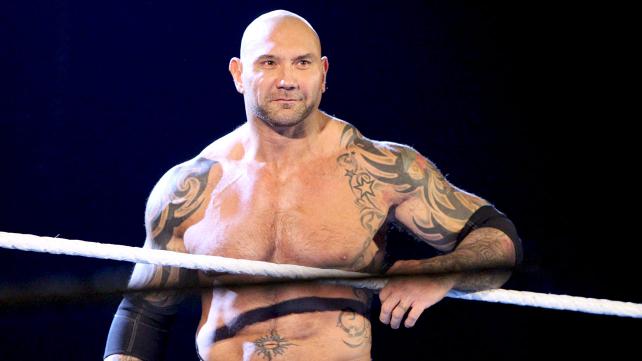 Former WWE Champion Dave Batista has been dying to get back into the ring for one more run. At SmackDown 1000, he seemingly teased one final match with Triple H, and we could be moving forward with that if his latest meeting with the company went well.

PWInsider revealed that Batista went to Stamford, Connecticut last Thursday. WWE is hoping that bringing him back could help their troubled ratings as well as give them another big name for WrestleMania. Reportedly, though, he’s 50/50 on returning to the company according to Pro Wrestling Sheet.

Batista has also recently signed on for a role in the upcoming Dune film. Director Denis Villeneuve is hoping to turn it into a franchise and could keep Batista locked down for some time. And with the Animal stating on numerous occasions that he wants to retire from the ring officially, hopefully in a match with Triple H, it seems that the window may be closing on that opportunity if he and the WWE can’t come to terms.