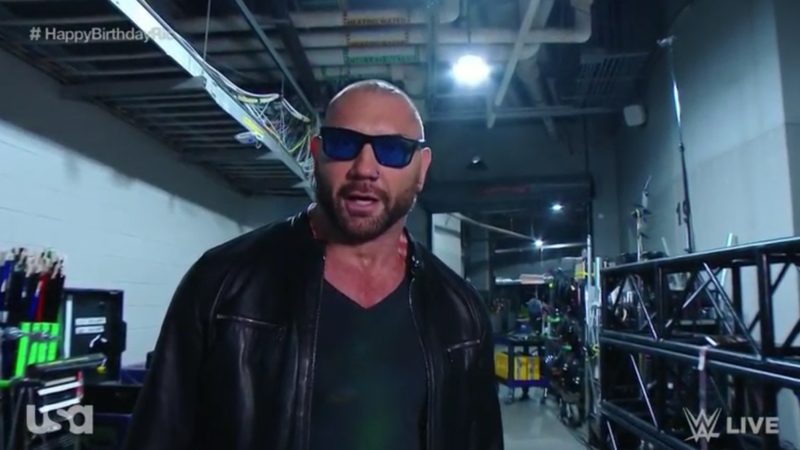 Batista returned to WWE this years as a genuine movie star, as he faced off against Triple H at Wrestlemania 35. However, his condition following his departure from WWE back in 2010 was not good in the least.

Batista made his appearance at the Denver Pop Culture Con where he revealed that when he left WWE back in 2010, things were going badly for him. He said that he went broke and even starved for three years.

“I starved for three years. I went broke. I lost everything. I couldn’t get a job and I said that I will never go back to wrestling until I prove what I set out to prove, and that was that I can make it as an actor.”

Thankfully, Dave Bautista is living a much better life now and has a busy schedule full of movie shootings and other projects. He managed to have one last run in WWE and also has more than enough money.