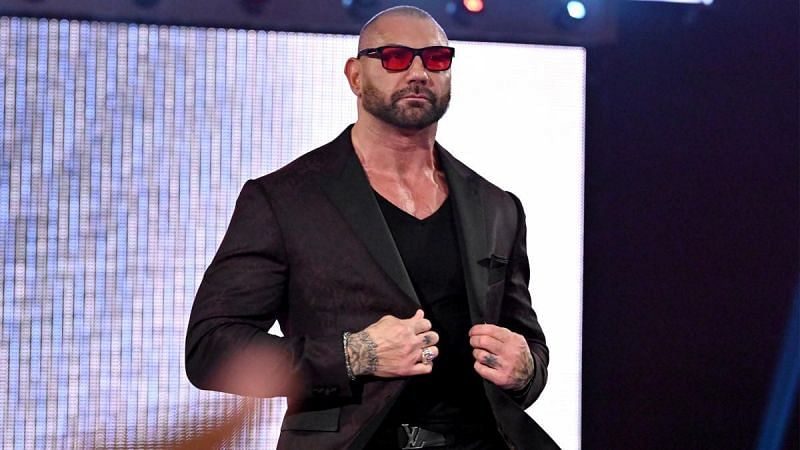 The former WWE Champion Batista recently pitched a potential member for Judgement Day, a WWE stable which is led by WWE Hall of Famer Edge. It also comprises of former WWE RAW Women’s Champion Rhea Ripley and the former United States Champion Damien Priest. WWE took to Instagram to ask fans who they think should join Judgment Day in the future and ‘The Animal’ spoke name dropped an AEW star.

Punk is currently signed with AEW and he knows that it isn’t possible right now that ‘Second City Saint’ would join Judgement Day. However, Batista made it clear that he would like to see CM Punk join the group. 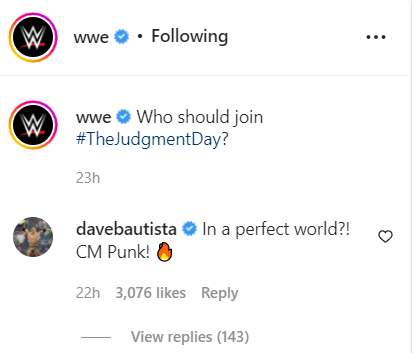 CM Punk will be eyeing to become the AEW World Champion as he goes one-on-one with Hangman Page for AEW’s top prize in the main event of AEW’s Double Or Nothing PPV later on this month. This will mark the first time that Punk has challenged for a major world title since returning to wrestling.

Judgement Day was formed after WrestleMania 38

Judgment Day was originally formed with Edge and Damian Priest after WWE WrestleMania 38. Rhea Ripley was then added to the mix following WWE WrestleMania Backlash and since that point they have teased adding a fourth member, with Edge making it clear he is not done.

Judgment Day is still continuing their feud with AJ Styles. ‘The Phenomenal One’ has since added Balor, and more recently Liv Morgan to his ranks to level things up. It is currently unknown if they will be competing against each other at WWE Hell In A Cell.