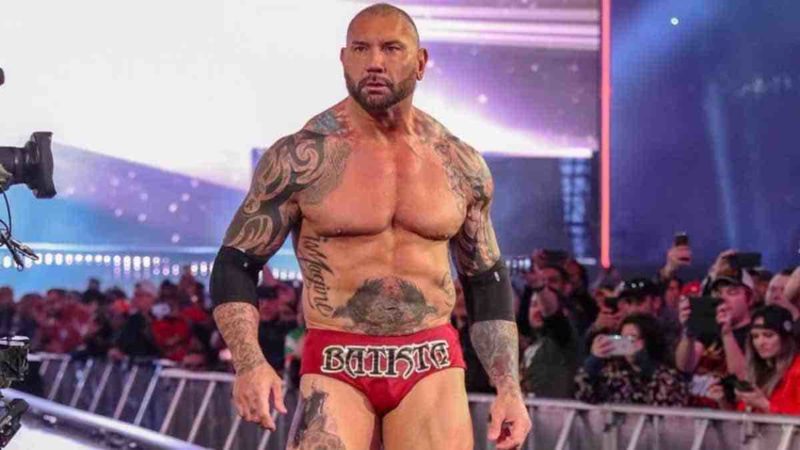 The Animal is no longer staying in his cage. Twitter s currently up in flames as Batista just royally buried the recent showing of WrestleMania Backlash. The Animal isn’t happy one bit with the show or with Vince McMahon.

Dave Batista recently took huge shots at WrestleMania Backlash, the talent, a fan, and Vince McMahon all in one go. While that’s quite the feat to get so many people up in arms – it may come back to haunt him.

The fan who tweeted at Batista about WrestleMania Backlash said the following which has set off the former Evolution member “Hey Dave I love you, but this zombie shit on the WWE Backlash show was insulting!”

Batista was heated by this as he threw back a huge punch at the fan while burying others as well: “Wtf you telling me?!! You think I booked a bunch of f*****g zombies. I’m on a damn plane! Shouldn’t you be tweeting Vince?!”

What Batista and the fan are refereeing to is the very odd happenings that happened during the lumberjack match between Damian Priest and The Miz.

The lumberjacks were all zombies. Yep. Legit zombies.