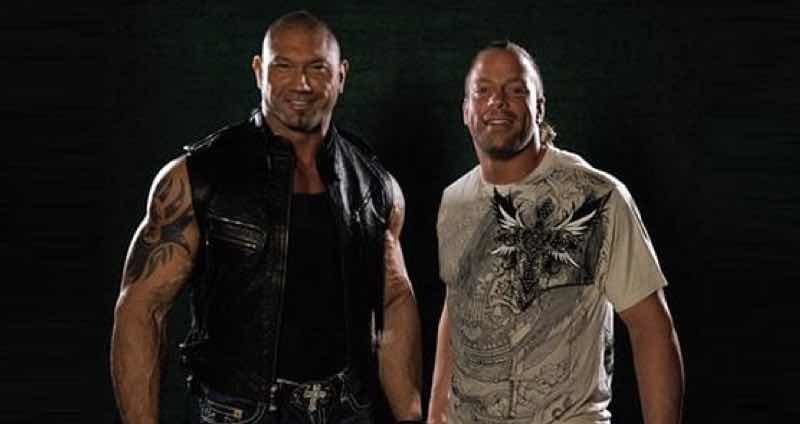 Batista said at Justice Con when an interviewer teased another WWE match, “Don’t put that out there, people will jump all over that [laughs]. ‘He’s coming out of retirement!’ No, I’m not,” he said. “It’s so hard to convince people that I’m actually retired. You have no idea how tough that discussion is. When a professional wrestler retires, they don’t really retire, they kind of retire. If the paycheck or event is big enough, they’ll come out of retirement. It’s just not that way with me. I exited the business in such a storybook way, I could never go back. I’m just done. I got to finish on my own terms and nothing is going to bring me back and take away from that.”

Rob Van Dam told Ryan Satin on the Out of Character podcast about returning to WWE, and he seemed open to limited matches rather than a full time run.

“If there’s a reason, there’s a reason. I probably don’t feel the reasons that the fans would as far as like, ‘Gotta get RVD out of the house.’ I love being in the house. The challenging road life pre-pandemic, that’s not preferred. There are definitely some pros and cons. I enjoy showing off in the ring and enjoy, very much, getting that love and energy from the crowd, looking around, and seeing the RVD signs.

That’s a high for sure, and RVD is all about highs. At the same time, there’s no part of me that sits at home and watches wrestling and says, ‘I wish I could be in that ring tonight, getting my head pounded in and looking at those lights instead of sitting on my couch and enjoying life.’ I still [wrestle] and when I do, there’s a reason and it’s worth it. It’s all about what’s worth it. My values, there is a place in there for RVD wrestling in WWE. Continuing a full-time run or something like that; don’t hold your breath.” Fightful transcribed RVD and Batista’s comments.