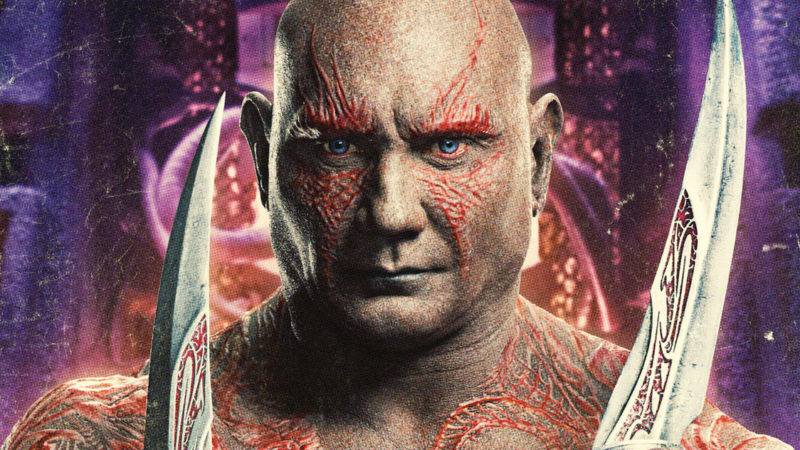 Batista bid farewell to the world of wrestling for a career in Hollywood in 2010. Things did not go smooth for him in the beginning. But Batista surely got his big break when he was cast as Drax the Destroyer in Guardians of the Galaxy (2014).

He went on to star in Guardians of the Galaxy II, Avenger’s: Infinity War, and Avengers: Endgame, reprising the role as part of Marvel Cinematic Universe. But the one thing Batista absolutely does not want is to be a part of the kind of movies that The Rock does, he revealed in an interview with thethings.com.

Batista on The Rock and Hollywood

The Rock is undoubtedly the most successful among the names who went from pro-wrestling to acting. At one point, he was the highest paid actor in the world. Batista is willing to give credit where it is due. He admitted that The Rock always had that special something needed to succeed in Hollywood.

But he is not willing to consider The Rock a great actor.

“Rock was, in a way, a movie star before he was even a movie star. There is something about him that’s really special. I’d never take that away from him. Would I consider him a great actor? No.”

Batista even refuses to be considered in the same category as The Rock or John Cena, another WWE Superstar who took to Hollywood.

“Do not compare me to The Rock or John Cena. Everyone does it… Those guys are wrestlers who became movie stars. I’m … something else. I was a wrestler. Now, I’m an actor.”

On the kind of roles he wants

Batista said that this is the kind of work he is more interested in. Roles in movies like Fast and Furious or Bumblebee is not something he cares about, which is obviously a dig at The Rock.

Batista had made this clear once before as well, in a reply to a tweet.

He also revealed in the interview that WWE did not give him the same opportunities as John Cena, be it inside the ring or for exploring other options. WWE did not want Batista to go out and act, which led to a clash between him and the company. He shortly left WWE after that.

“I just thought it was unfair, so I thought it’s just really unfair. It’s unfair career wise and it’s unfair to me financially.”