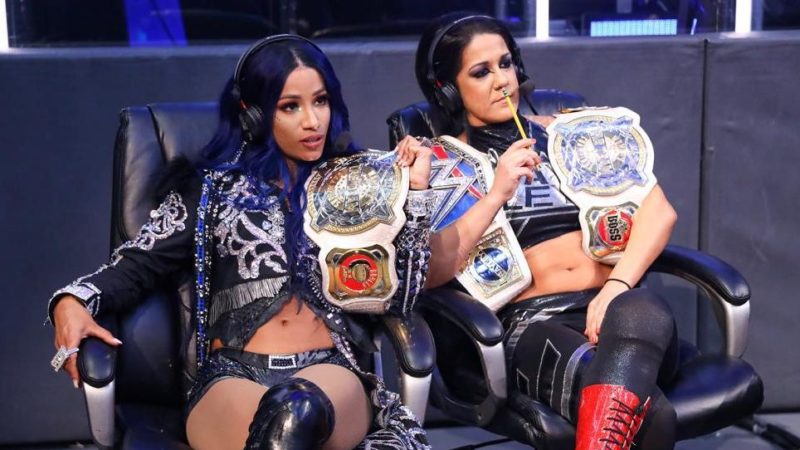 The Golden Role Models have been the MVPs of WWE’s Women’s Division for quite some time. More than that, Sasha Banks and Bayley have been part of the best segments of RAW and SmackDown for months now.

The WWE Women’s Tag Team Champions are at the top of their game, but everyone is looking for that eventual break-up. Well, according to Bayley, it’s never happening. Newsweek asked about that possibility recently, with the SmackDown Women’s Champion saying:

“It’s difficult to think about because it’s never going to happen. Everyone wants us to fight, but look at us. How are they going to run any shows without us together? They can’t do RAW without us. SmackDown without us, NXT without us. Why would we break up?

As much as it would be awesome and we’d main event, be on the marquee, the talk of whatever pay-per-view it’d be on…why would we do that when we’re making all this money on these shows? That’s the wrong question, buddy.”

Bayley and Sasha Banks are both in title matches at Extreme Rules. Bayley will defend her gold against Nikki Cross while Sasha will attempt to dethrone Asuka.