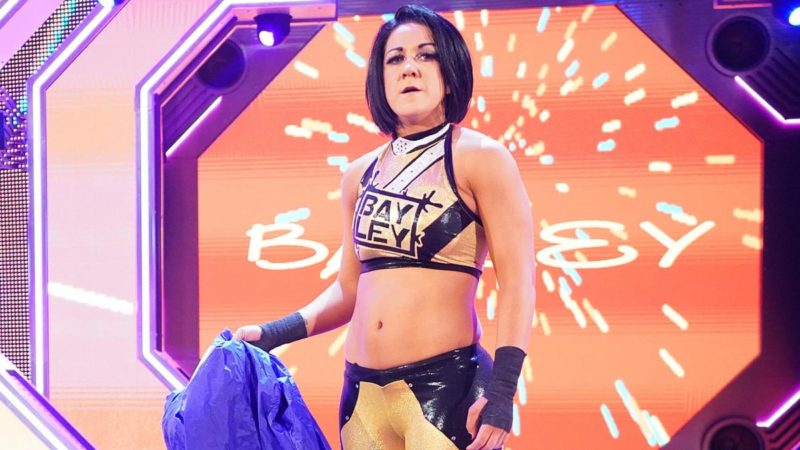 He recently Tweeted a picture that was clicked in the backstage area with Hall posing and ‘The Icon’ posing with ‘Too Sweet’ gesture. Here is what he wrote in the caption:

“Heartbreaking, HUGE loss. He made us all better – helped me with that one-of-a-kind Scott Hall insight. So many “Too Sweet” memories. Scott – you will be missed.”

Bayley also posted a photo with Scott Hall on her Instagram with a backside view.

Heart breaking, HUGE loss. He definitely made us all better – helped me with that one-of-a-kind Scott Hall insight. So many “Too Sweet” memories.

Scott – you will be missed. pic.twitter.com/Y2duSyrxlY

The demise of Hall is truly saddening. It was reported that he was on life support following complications from hip replacement surgery before being taken off. Last week he underwent surgery. He had serious complications following the surgery according to Pro Wrestling Torch. It was further noted that Hall reportedly had three heart attacks on Saturday. According to the report from the Torch, Hall was then hospitalized at Kennestone Hospital in Marietta, Georgia.

In WWE, he won the WWE Intercontinental Championship on four occasions, including the most memorable bout of his career – a ladder match for the title against Shawn Michaels at WrestleMania X in Madison Square Garden. They had another ladder match the following year at SummerSlam that also earned him more popularity. Hall departed the WWE for WCW in 1996 alongside his friend Kevin Nash. Originally referred to as The Outsider with Hulk Hogan in the group as well, they revolutionized the pro-wrestling industry.

During an interview with Newsweek that was conducted in 2020, Bayley discussed what she would like to do before finishing her career in WWE. Credit to the outlet for the below: