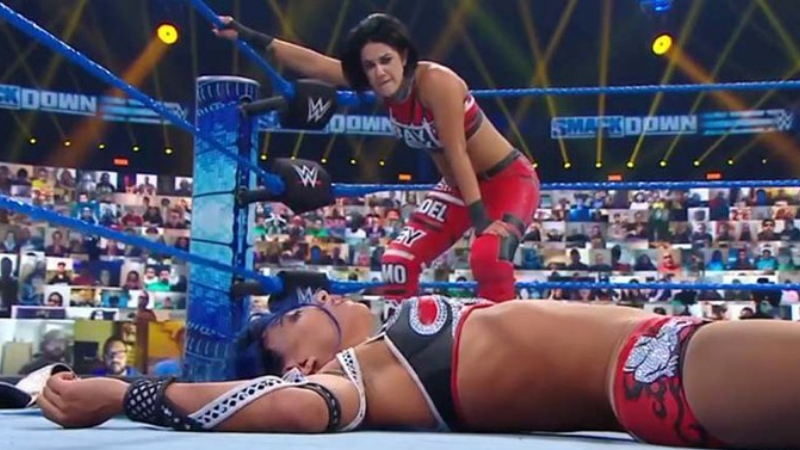 Sasha Banks and Bayley at one point held every single major women’s championship in WWE. However, they were unable to retain their WWE Women’s Tag Team Championships and Sasha Banks lost her RAW Women’s Title as well. Only Bayley still remains the Smackdown Women’s Champion.

During this week’s episode of Friday Night Smackdown, Sasha Banks and Bayley could not beat Nia Jax and Shayna Baszler for the WWE Women’s Tag Team Championships.

After the match, it seemed Sasha Banks hurt her knee. She was tended to by the medical staff in the ring. Bayley was helping her get out of the ring and then suddenly laid her out with a kick. She pummelled Banks’ face into the mat and then further brutalized her with chair shots.

Bayley then stomped on a chair wedged around Banks’ head. So it seems the Golden Role Models have finally disbanded. It is likely Sasha will be on the shelf for a while in order to sell this injury and we will be seeing the two feud once she returns.