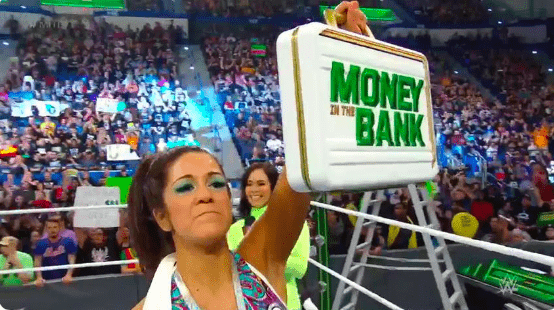 Carmella might have possibly suffered a potential knee injury at the start of the match but returned and rejoined the match by the end. The other six women went to war and put each other through hell to get their hands on the Money in the Bank briefcase.

A lot of close calls occured but in the end, Bayley defeated everyone else to become the NEW holder of the Money in the Bank briefcase.