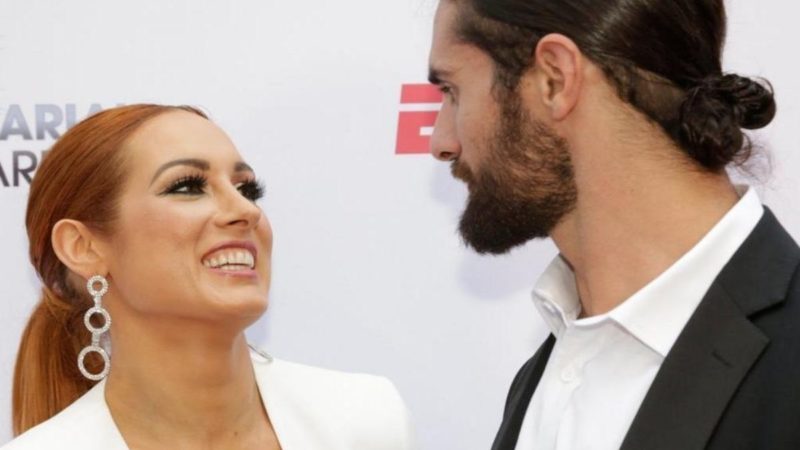 Becky Lynch and Seth Rollins took to Instagram today to introduce their newborn daughter to the world. They have named their child Roux Quin-Lopez.

Both of them shared the news on their respective accounts. Becky wrote on her post: “Welcome to the world Roux. You are the love of our lives. #andnew”

Return of Becky Lynch to WWE

Becky Lynch announced her pregnancy on the May 11 episode of WWE RAW in a segment with Asuka, leaving the current RAW Women’s Champion surprised and elated.

‘The Man’ has been away from the ring ever since. Both of them kept the pregnancy away from the public eye. Rollins spoke about Becky’s health and how she was doing in a couple of interviews. A few weeks ago, they released pictures from their pregnancy photoshoot.

It was reported earlier that Vince McMahon already has a feud in mind for Becky Lynch for when he returns. He plans on resuming her iconic rivalry with Ronda Rousey and have them face at WrestleMania in front of the crowd.

Whether that happens or not, the WWE Universe is eagerly awaiting the return of ‘The Man’ to the ring.

But for now, congratulations to Becky Lynch and Seth Rollins on the birth of their first child!