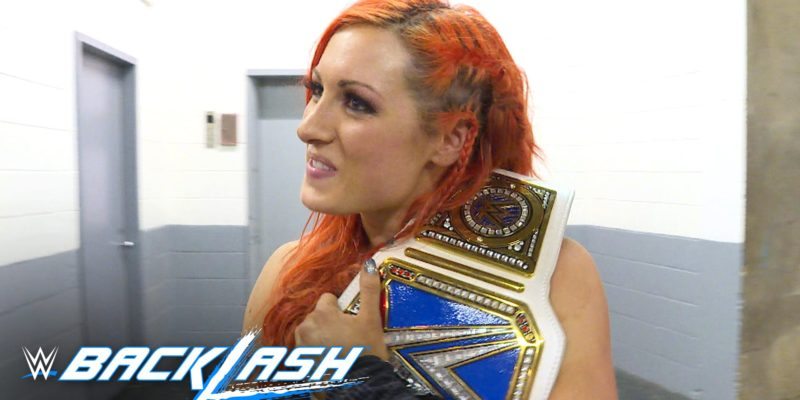 Following her victory in the first-ever WWE SmackDown Women’s Championship match, Becky Lynch had the following to say in a backstage interview segment:

“Like I said, this is what these boulder shoulders are for. It makes a little ledge for it. Yeah, it fits perfectly. I’ll be sleeping with it on me pillow tonight. I won’t need a pillow, I’ll just hold this!

“Blue’s just my color too. But I won’t be feeling blue with this!”