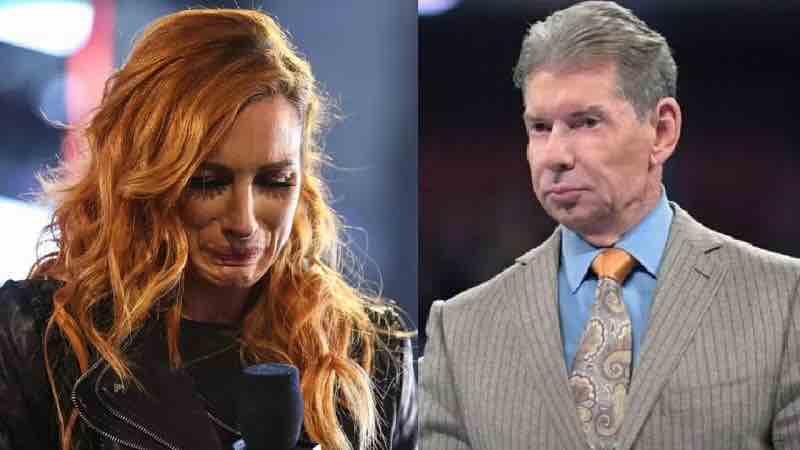 Becky Lynch suggested to Vince McMahon during WWE Raw that she do impromptu backstage promos with Adam Pearce to set up her match with Asuka after Sasha Banks and Naomi walked out after creative issues, PWInsider.com reports.


McMahon was at the gorilla position and ordered the segments to be shot on the fly.

Banks and Naomi thought they got the six pack challenge canceled where Naomi would pin Banks and then go on to lose to Belair at Hell in a Cell in favor of a tag match against Doudrop and Nikki Ash where a post match beatdown would lead to a new program. Molly Holly then told Naomi and Banks the six pack was on, leading to them storming out.

Anna Jay opens up on her relationship with Jungle Boy

The Dark Order’s number 99, Anna Jay recently spilled some details about her relationship with one-half of the AEW World Tag Team Champions, Jungle Boy (real name Jack Perry). Jay and Perry had announced themselves as a couple back in June 2021. The former shared a photo of themselves on social media after Jungle Boy’s efforts against then-AEW Champion Kenny Omega for the world championship.

Anna Jay recently appeared on FITE TV’s Women’s Wrestling Talk, where she spoke about her relationship with the tag-team champion. She revealed that making their relationship public was his idea:

“I feel like it was more him. He had a match with former AEW World Champion Kenny Omega and he was thinking about posting a picture. We had it for a little bit, like a few weeks and he was like ‘I think I might post it after the match’ just because he didn’t want anything to take away from that because it was a huge moment for him. I was like ‘okay, like, this is on you.’ Because he was posting it, not me. So we did put a little thought into it, but once that happened, we were kind of like ‘okay, that’s all we need to do. Now people know we’re together,’ and that’s kind of it,” Jay said

“I think so. We didn’t think it would happen anytime soon, which you never know, it was cool to get the secondary women’s title, so now, if I had to guess, the next title for the women’s division should be a tag title. Hopefully, that’s the next one. I don’t know when. I think we do need to keep building and do what we’re doing before that happens, but I think it should happen shortly. At some point.”