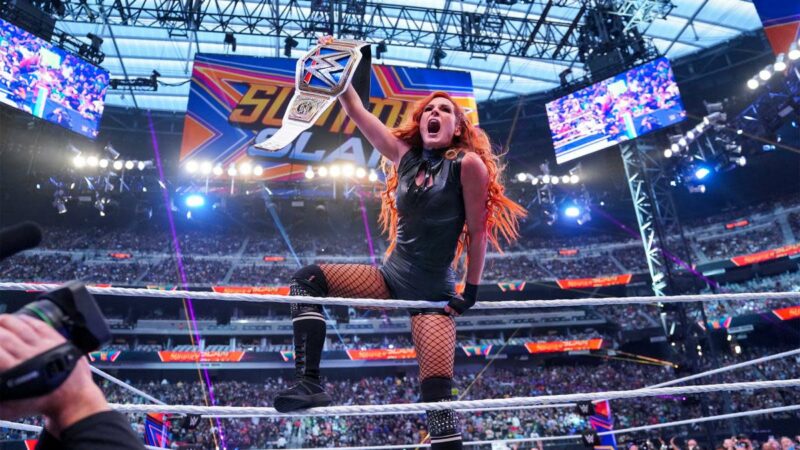 ‘The Man’ Becky Lynch’s sudden return to WWE and winning of the WWE SmackDown’s Women’s Championship would shock the world. Lynch had not been on WWE programming since the May 11th, 2020 edition of WWE Monday Night Raw where she would award Asuka her Raw Women’s Championship and take time off due to her real-life pregnancy.
What also would end up shocking the world is the apparent heel turn of Lynch at WWE SummerSlam and we are now learning that this development was all Lynch’s idea. Did Becky Lynch ‘rip off’ Goldberg at WWE SummerSlam?

According to Dave Meltzer and the Wrestling Observer: “Regarding the stories of Becky Lynch being a heel, this is definitely the case and she was the one who requested it.”

Over on the ever-popular Squared Circle subreddit, fans have been talking about Lynch’s shocking quick defeat of Bianca Belair. One fan and user named Gear4Vegito stated: “Like I get it and Becky deserves some backing as she clearly knows how to get over but sometimes even top stars need to be told no. Even Austin and Cena have had some shitty requests booking wise that should have never been allowed to happen.”

While Baggzio wrote: “If this is true can we not all pretend it is some master stroke like Nikki revealing the bad gimmick was her idea and that’s what made it not bad? This is a really poor idea from Becky or anyone else, it worked with Reigns returning heel because he never really got over, Becky was the most popular person in the company and left on a wholesome note she has no reason to return heel in any form.