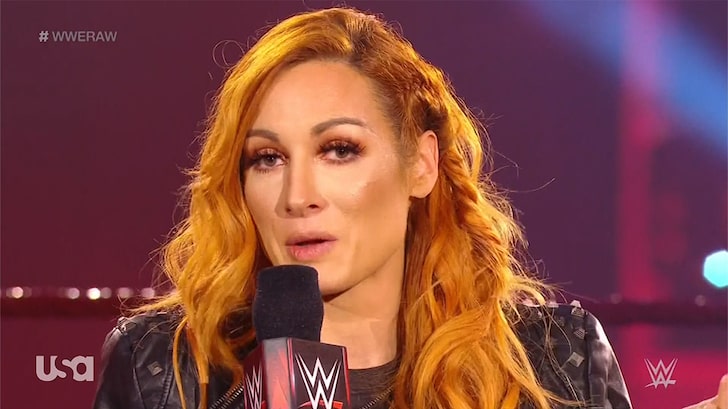 Becky Lynch is currently the WWE RAW Women’s Champion. She is having a great time on the brand being a top heel. During her appearance on Stone Cold’s Broken Skull Sessions, ‘Big Time Becks’ recently stated that she was drunk when she called WWE Hall of Famer Trish Stratus a ‘legend’.

Lynch is quite active on social media and often takes shot at fellow stars. She recently got into a Twitter exchange with WWE Hall of Famer Trish Stratus. She went on to address Stratus by her real name in a tweet. The latter responded to Lynch’s tweet with a clip from her appearance on The Broken Skull Sessions with Stone Cold Steve Austin. In the clip, Lynch can be seen calling Stratus a legend.

The RAW Women’s Champion responded to Stratus’ tweet and joked that she was drunk when she called her a legend.

Oh, you can call me by my full name https://t.co/0MbkKMMGLb pic.twitter.com/8VdpFTTwqy

In 2019, Stratus shared her opinion on Big Time Becks’ rise to the top and had nothing but praise for her:

“It’s about time, she is just like one of the hardest working people she deserves it, the bottom line is she is super talented. She deserves every accolade she’s had, and to be here, it’s been a nice journey to see that she’s really worked for it and she’s earned her spot,” said Stratus.

Lynch is set to defend her Raw Women’s Championship against Bianca Belair at WrestleMania 38 which will take place on Saturday, April 2, and Sunday, April 3 from AT&T Stadium in Arlington, Texas.

During a recent edition of Legion of RAW, former WWE creative team member, and WCW Champion, Vince Russo criticized Becky Lynch for not living up to her role of being a “heel” due to certain outfits that she wears to the ring. Credit to SportsKeeda for the following.

“You’re supposed to be a heel and every week, it’s a different Halloween costume to pop the people in the back. I don’t know who you are trying to pop but when you go out there dressed like the terminator, bro, she’s got to be doing this on purpose.”