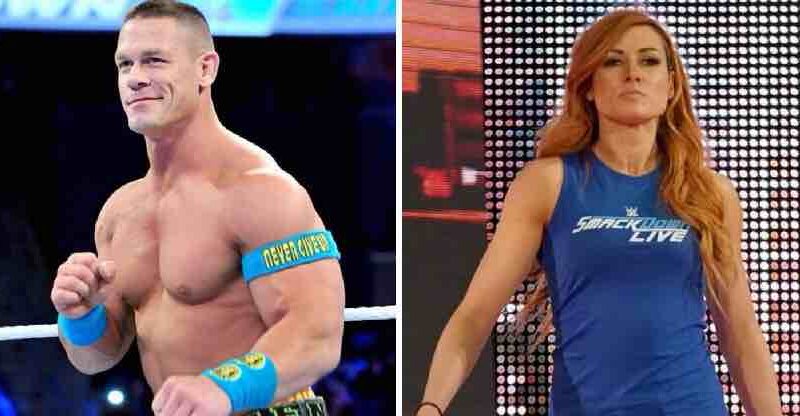 Becky Lynch looked miserable as John Cena was shaking hands with WWE stars backstage at Raw, with a sad look on her face, with Cena not going up to her and greeting her. You can view the photo below.


John Cena reached the megastar stature with his raps and antics under the ‘Doctor of Thuganomics’ gimmick. That persona still remains to be one of the most popular in his career. Cena used to take jibes at his opponents through hysterical raps. It has come to light that, the company wanted to capitalize on the persona, arranging for the now 45-year-old to engage in a rap battle with Jay-Z at WrestleMania 19.

WWE nixed the plans for John Cena and Jay-Z

It turns out WWE dropped the plans ahead of the show. Alongside Jay-Z, another popular rapper was set to take part in the rap battle with Cena. Fabolous was also apparently asked to appear, adding even more star power to the segment.

According to Cena, Fabolous pulled out of the appearance on the day of WrestleMania, but according to the rapper, he was never even asked to do the segment. Taking to Twitter, Fabolous replied to a tweet talking about the potential appearance, revealing he had no recollection of anyone asking him to battle Cena.

Jay-Z eventually pulled out of the appearance just a few weeks before WrestleMania, with Cena claiming the now 52-year-old and his wife Beyonce had to cancel their appearances due to other commitments.

The former WWE Champion John Cena is set to make his return to WWE on June 27 to celebrate his 20th Year with the company. WWE’s announcement of his return has added a boost to the ticket sale of the company. On the latest edition of Monday Night RAW, Vince McMahon also hyped the return of the former 16-time World Champion. WWE is seemingly has some major plans for Cena upon his much-awaited comeback.