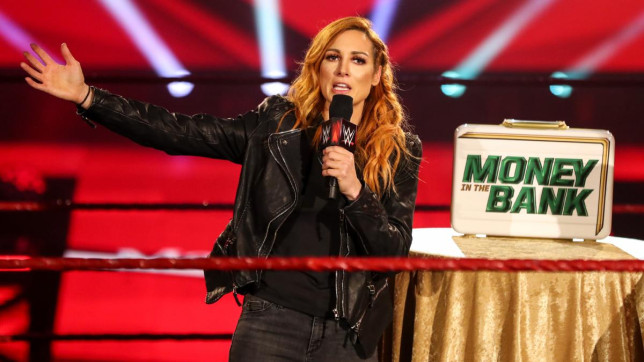 Becky Lynch has written, “I am angry and heartbroken over todays decisions.


We deserve the right to choose.

Vote. Fight for womens rights. Donate. Do what you can .

We cannot go backwards.” See the photo below.

Reports have emerged about a potential timeline for the return of Rhea Ripley. She had recently earned a shot at Bianca Belair’s WWE RAW Women’s Championship. The two were set to lock horns in a title match at Money in the Bank. However, those plans were changed after The Judgment Day member was deemed medically unfit to compete at the upcoming premium live event. Belair confirmed the news about the injury on this week’s episode of RAW. It has come to light that ‘Nightmare’ suffered a serious injury. She revealed that she’s dealing with a possible brain injury. Her teeth needed to be fixed up.

Rhea Ripley is not expected to be out for long

Dave Meltzer recently noted that WWE stars don’t share details if they test positive for the virus owing to the pandemic or suffer from a concussion.

He noted that she won’t be back in time for Money in the Bank but won’t remain out of in-ring action for long. Fans can expect her to return soon after the upcoming premium live event. Here is what he said:

“Her teeth were knocked loose in a match and she had braces put in. The braces were evident on her the last time she was on TV. The other thing must’ve been when she says her brain that usually means a concussion. As we’ve said before, we said it on Monday when we announced it. The two things that WWE doesn’t like to talk about are COVID and concussions. I’ve known people in WWE who have both who have [said] outright, ‘We’re told not to say that.’ She said it. She didn’t quite use the word concussion, but she had a brain injury is what she said. I was told…she’s not going to be on the pay-per-view, obviously. They made that very clear, but it’s not expected to be a long-term absence either. She’s expected to be back fairly soon,” said Meltzer.

The Nightmare had previously posted pictures of a metal wire holding her front teeth in place. Fans have speculated that the injury occurred on the June 6 episode of “Raw” where Ripley’s knee smashed into her own head after she took a DDT from Liv Morgan during a Fatal Four-Way to crown a No. 1 contender to Bianca Belair’s Raw Women’s Championship. Although Ripley won that bout, she hasn’t returned to in-ring action since that incident

When do you think ‘Nightmare’ will make her return to the squared circle? Let us know in the comments section below.