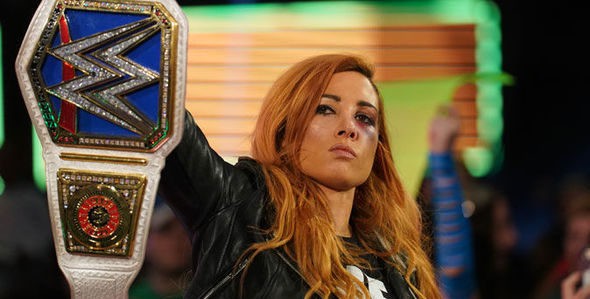 Asuka won the battle royal last week on Smackdown Live and was included in the TLC match against Becky Lynch and Charlotte Flair. It seems that she has a significant part to play in the match.

On Wrestling Observer Live, Bryan Alvarez discussed the possibility of Asuka winning the Smackdown Women’s Title at WWE TLC. If WWE carries on with their Wrestlemania plans, Becky dropping her title is a possibility.

Alvarez said that everyone expects Becky Lynch or Charlotte Flair to win the match. So, Asuka winning would be unexpected and WWE could very well go ahead with this plan.

Bryan speculated that WWE might include both Becky and Charlotte in the Royal Rumble match, where they would compete to challenge Rousey for her title. This would require someone else to be the champion at the time, so Asuka has a very good chance of winning the title at WWE TLC.

It is still unknown as to what WWE really is planning. Whether this plan will actually be happening or not, we will find out at WWE TLC on December 16th.