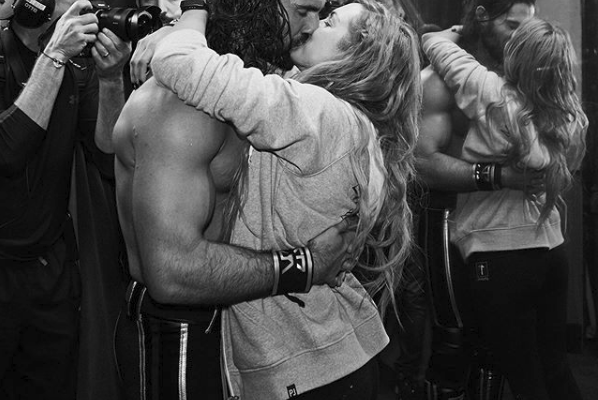 When Seth Rollins and Becky Lynch openly announced their relationship, they were given a lot of attention. They were introduced as the new power couple in WWE and were involved in storylines as well.

Becky Lynch spoke to Ariel Helwani during a recent Instagram interview. She discussed how she eventually started dating the Monday Night Messiah. Here is what she said:

“We’ve been friends for years and years, and just immediately the first conversation that I ever had with him… we just hit it off. I think I just ended up telling him my life story. And that was it, we were just friends, and there was never really anything. But then, we were both single at the same time, and then we were like, ‘Why not?’”

No wedding date has been set for the two, so it is likely it might be a long time until the two tie the knot. For now, both are busy with their own storylines in WWE.