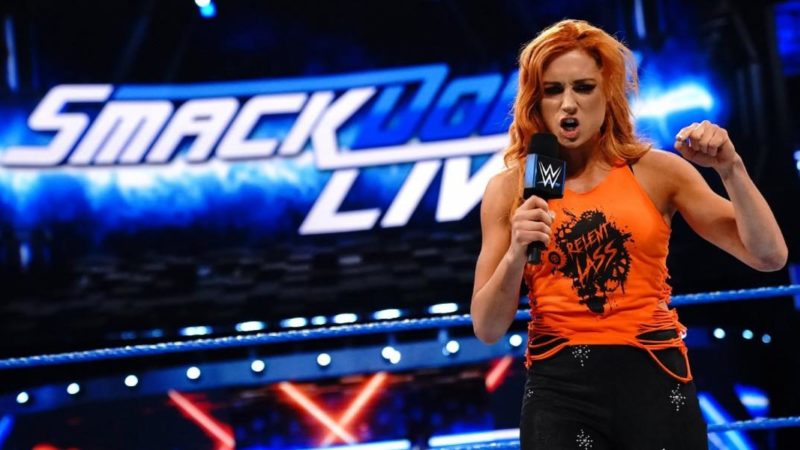 It wasn’t long ago when Charlotte Flair had commented on the unexpected crowd reaction she has been receiving in her current feud with Becky Lynch and now Lynch herself has spoken about the matter as well.

During a recent interview with Baltimore Sun, the current SmackDown Women’s Champion talked about the upcoming Evolution PPV and more.

When asked if she is concerned about fans cheering her despite being a heel, the SmackDown star said that it’s not concerning as fans are enjoying this feud:

“It’s not concerning [that the fans don’t boo me]. They’re reacting and they’re entertained. They’re enjoying the feud. It’s just a matter of what side that they’re on. Some people are on my side and some people are on Charlotte’s side. I do see it on my Twitter feed and Instagram, that I’m getting a lot more hate as it goes on. But it’s OK, I’m going after what I want. The people that are behind me, they’ll stay behind me. The people that aren’t, well that’s fine. I’ll just go ahead and succeed in spite of them.”

Apart from this, Becky Lynch also talked about WrestleMania and revealed that main eventing the Show Of Shows is her goal saying that this is what she has come over to do.