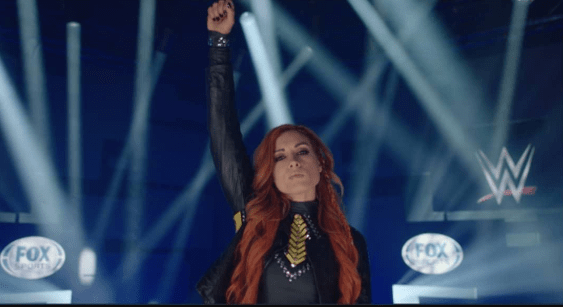 On this week’s episode of Monday Night RAW, Becky Lynch announced that she is pregnant. Fans and wrestlers alike were elated at this announcement. However, she will be taking time off due to this and it is unknown when she will be returning. She has also relinquished her RAW Women’s Title.

Lynch spoke to People about her pregnancy. She revealed that she always wanted children, but she was far too focused on her career. She used to wonder when she would have children and now she finally will. She also talked about her relationship with Seth Rollins and how she knew he would be the father of her kids.

“I’ve always, always wanted kids. I’m just so career-focused that it became one of those things that, when you’re chasing a dream for so long, I always wondered, ‘Am I going to get around to it? Is it going to happen for me?’”

“When we got together, things started to look a lot clearer and I knew he was the person that I wanted to have kids with — that this was going to happen and it was just a matter of when. Seth is one of the smartest people I know. He’s just got an insane work ethic, insane integrity and he is the most generous, kindhearted person. He’s very, very focused on what the right thing to do is and always looking to grow and correct himself and be better so he can be the best person for me, and now, the best father.”

She revealed that she thought she might have been pregnant a month ago. She took a test and the results were positive.

“I took the first one wrong. Then I took a few more tests until I got a digital one that just said the word ‘Pregnant.’ I was with Seth at the time and he just threw his hands up in the air, all excited!”

We will have to see when The Man makes her return.