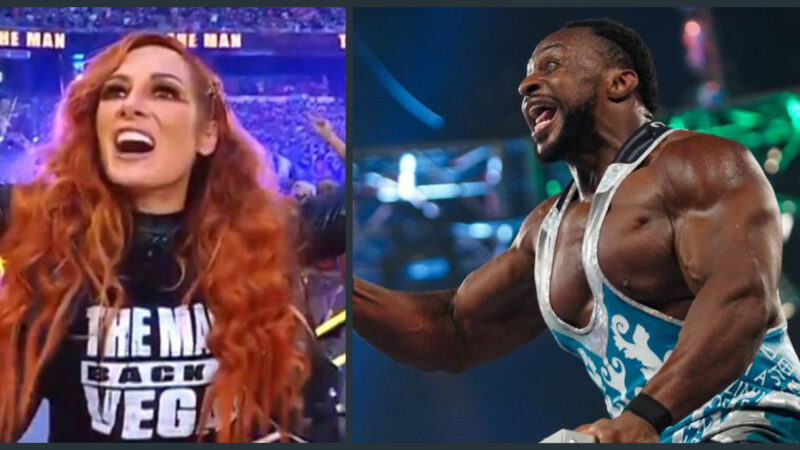 From one champion to another! WWE SmackDown Women’s Champion Becky Lynch just congratulated newly crowned WWE Champion Big E on social media just minutes after his shocking win. The tweet states very simply: “The Best. Congratulations. Big E.” You can view it below. Becky Lynch recently ‘went after’ this creepy fan in a new video.

Tonight’s edition of WWE Monday Night Raw was certainly one of the most memorable ones in a long time as Big E defeated ‘The All Mighty’ Bobby Lashley to become WWE Champion. This was after Lashley pinned Randy Orton, initially defending his title.

After Lashley hit a spear to get the pin, he put ‘The Viper’ through the WWE Monday Night Raw announce table after the match. However, it looked like Lashley’s knee was hurt. Following this would be when Big E’s music would hit with a ref and his briefcase. Following a quick TV timeout, Big E would target the injured knee and attempt the ‘Big Ending’ but Lashley would initially counter by hitting a spear – which Big E would kick out of.
Big E would then hit his finisher for the win and the WWE Championship. His long time allies Xavier Woods and Kofi Kingston would celebrate with him as he held up the championship to end the show.