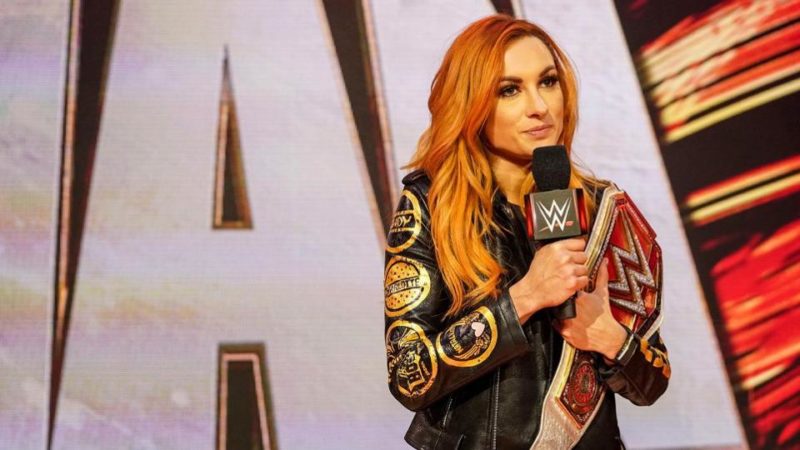 Becky Lynch remains one of the most popular female WWE Superstars in recent memory. The Man’s meteoric rise to Superstardom back in 2018 is well documented. It propelled her career to the absolute top, which culminated in her winning both the RAW and Smackdown Women’s Championships at WrestleMania 35, defeating both Charlotte Flair and Ronda Rousey in the main event of the Show of Shows. She is also engaged to WWE Superstar Seth Rollins and the two welcomed their baby girl Roux in December of last year. A major surprise for Becky Lynch on Friday Night Smackdown was also recently leaked.

WWE Superstar Seth Rollins recently spoke on the latest edition of Out of Character with Ryan Satin. The former Universal Champion discussed how he deleted Twitter from his phone once and revealed that Becky Lynch told him to start using it again.

“I mean I hate social media. I really dislike it and I had deleted the Twitter app from my phone for the better part of a few months just ’cause it was… to me it created a real toxic environment in my own head. And as I was becoming a new father I was… I needed to not waste my time on that. And so, it was actually my fiancee, my wife, who kinda was like, ‘You know, you should think about it. I know you hate it. I know you don’t like being in the apps and all that. But you should think about it.’ And I was like, ‘Ahhh!’ I kinda looked around, no one was really doing it, so I was like, ‘To hell with it, I’ll give it it a shot and see what happens.’ Response has been pretty good so far.”