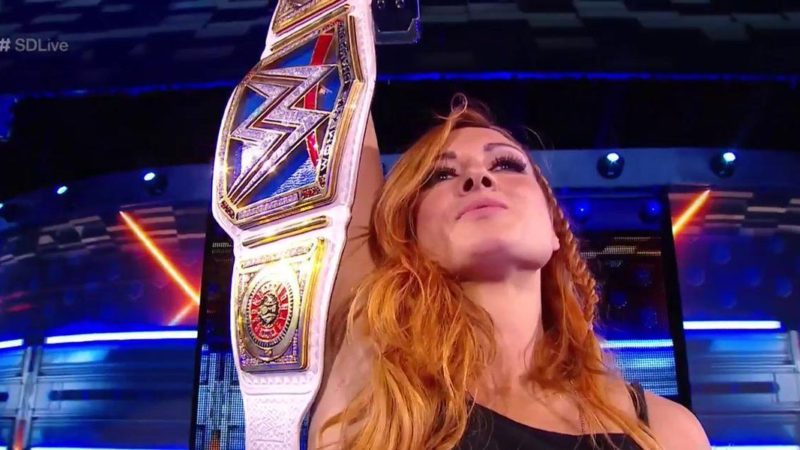 Becky Lynch has risen from the ruins to arguably be the top female superstar in the company. Since her heel turn, which took place at Summerslam, Lynch has gone onto becoming the ruthless champion from the cheery underdog.

The SmackDown women’s champion spoke to TVInsider recently where she revealed the advice WWE Hall Of Famer Shawn Michaels gave her during the shooting of Marine 6: Close Quarters. Lynch said:

“Things weren’t going as well as they are now before I left to shoot. I remember him giving me advice saying, ‘When you go back, go in as a different person. Hold your head a little bit higher. Have that attitude that you’re a top star. Go with it. I think this is what I’ve been trying to do since I came back.”

Lynch also claimed that apart from Michaels, other Hall Of Famers such as Stone Cold Steve Austin and Mick Foley have always backed her over the course of her career. Lynch stated:

“Steve has been very supportive and generous with his time. He talks to me and gives me matches to watch. That has been wonderful.

“Then I was with Mick Foley recently and talking to him. He is one of the reasons I’m here today. He was someone who helped bring me back into wrestling. I’ve been very lucky for the support I’ve gotten from people who have been here before and done wonderful things in the business.”