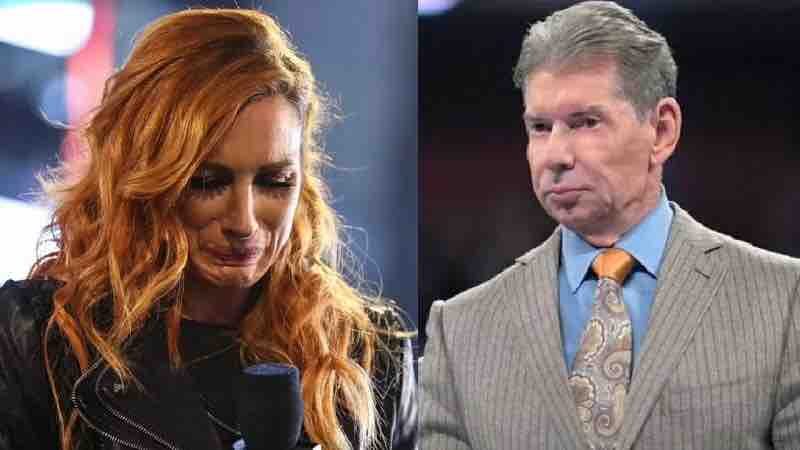 Becky Lynch revealed two words Vince McMahon banned in WWE, and how she hopes to see them back now with him gone, in a new ESPN interview.


“Maybe we get to bring some words back. I like words. I like having a free range of lots of words,” she said. “Belts, fans, whatever else it is.”

She said about Triple H, “He understands as a talent what we go through and what we need to be more creatively energized,” Lynch said. “There has been a tendency in the past for creative to change last minute, or we don’t know where we’re going. It’s hard to bring everybody along on this journey if we’re rambling.

“Triple H has a great eye for storytelling and for treating the women the same way he treats the guys. Just everybody’s equal. How do we tell great stories? And that’s all this is.”

She said about Vince, “For me, it’s crazy and sad because everything I’ve ever known about WWE has always had Vince in charge, and we wouldn’t have WWE the way it is if it wasn’t for Vince. He’s somebody who believed in me and allowed me to do everything that I’ve done.”

The former WWE RAW Women’s Champion Becky Lynch sustained a horrific injury at SummerSlam. This will keep her out of action for several months after a separated shoulder. However, ‘The Man’ has not slowed down and continues the workout in the gym.

The 35-year-old superstar took to Twitter today to post a photo of herself training despite her recent separated shoulder. Becky wrote that she won’t stop working but will simply adjust the work as she recovers from her injury:

We don’t stop working. We simply adjust the work. pic.twitter.com/YeS1VCHCBa

Lynch had faced Belair at SummerSlam for the RAW Women’s Championship. At the same event last year, ‘Big Time Becks’ returned to the promotion after stepping away due to pregnancy. She defeated Bianca in just 26-seconds, but this year it was a different story altogether.

The former RAW Women’s Champion was defeated by The EST and fell short of capturing the title. After the match, Bayley returned to the promotion along with Dakota Kai and IYO SKY, formerly known as Io Shirai in NXT. The trio surrounded Belair but Lynch surprisingly had a babyface turn and came in support of the champ. The trio had attacked Lynch on the latest edition of Monday Night RAW. We will now have to wait and see when ‘The Man’ is medically cleared to make her return.