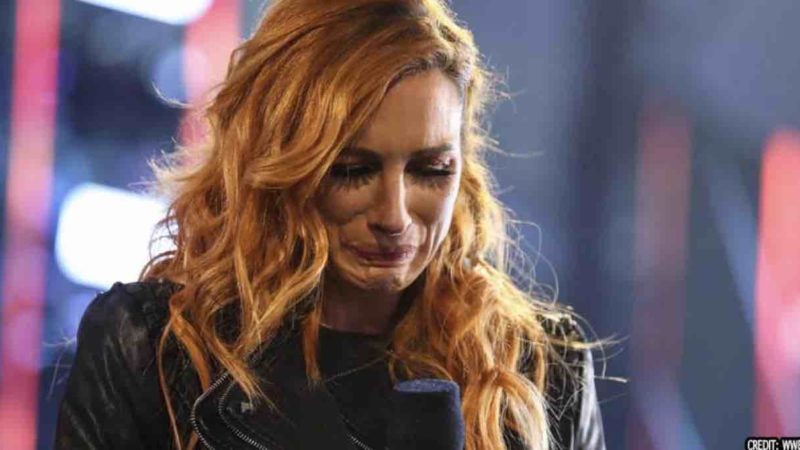 WWE Becky Lynch is currently on top of WWE SmackDown after she captured the SmackDown Women’s title from Bianca Belair in under 26 seconds at SummerSlam. She made her return at the pay-per-view after being on a hiatus due to pregnancy. She and Seth Rollins announced the birth of their beautiful baby daughter Roux on Dec. 7, 2020. WWE Extreme Rules Match Winners Revealed?

Becky Lynch opens up on her body and pregnancy

‘The Man’ talked to the Bella Twins’ YouTube channel, explaining that she was undertaking cautious, light gym sessions during her first trimester despite bouts of morning sickness.

“I knew I wanted to have a baby before I was 35, and then I met Colby (fellow WWE superstar, Seth Rollins) and I was like, well this is perfect, this is my person,” Lynch told the Bellas. “Originally I was like, ‘I’ll wait until I’m done wrestling and then I’ll have a family.’ Then I was like, ‘wait, why do I have to do that? Guys don’t have to do that, hell, I’ll just do it whenever the time feels right’. So, we started trying, and I thought it would take a long time and it didn’t. It happened immediately. We were super lucky.” Throughout her pregnancy, Lynch says she made trips to Deadboys Fitness, the CrossFit gym co-owned by her husband and Josh Gallegos, to stay active.

“So, I wonder … I wonder if a lot of it is sleeping in my own bed every night, just because [in WWE] we are on the go, so much. We are on the road and we gotta eat out, and so now I get to sleep in my own bed,” says Lynch, who jokes that sleeping while sharing a house with a newborn could be described as a “rough” term. “But you know, I stay in my own bed, and can cook and do all of those things [to live a healthier lifestyle, that are more challenging on the road]. I also just wonder if it’s running around [as a busy mom], because I am training the same way as I’ve always trained, quite intense.”

The Man” also had some ups-and-downs with feelings about her body, but being a mother change her perspective and helped her appreciate her body more:

“I just feel like I appreciate my body more,” says Lynch. “I go, ‘Well, you know what? I’ve created a life … this is great … this is great.’ I don’t really care how it looks any more, you know what I mean? If that makes sense? I’ve always had body issues, and I was always self-conscious about, you know, whether it’s showing my stomach off… and now I’m just real proud of the function of it, of everything it can do. So, I don’t know if it’s a mental thing that just turns into a physical thing. If that makes any sense?”

She is set to defend her title against Bianca Belair at Sunday’s Extreme Rules pay-per-view.