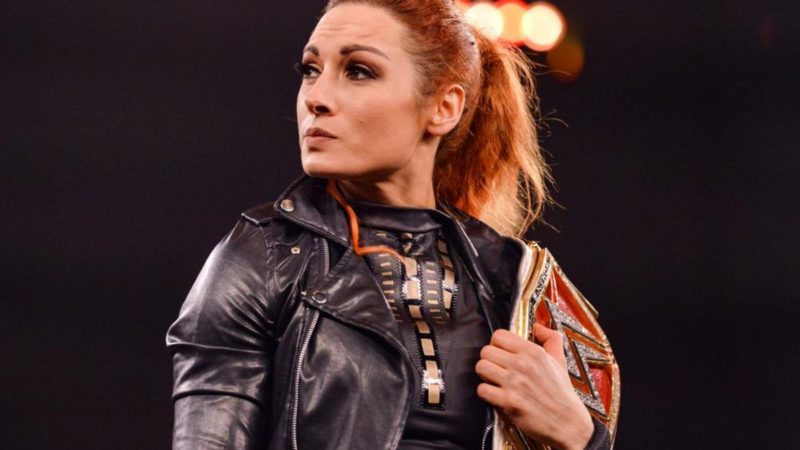 Becky Lynch has not been seen on WWE programming since the announcement of her pregnancy last year. However, Lynch is clearly getting back into in-ring shape, which will clearly make the WWE Universe giddy with excitement upon her return. Over on social media via Instagram, the user known as dro posted a new picture of Lynch working out. Dro, who is a photographer named Paul took the photograph of Lynch stretching with some weights. The photo can be viewed below. Lynch quietly married fellow WWE superstar Seth Rollins this past month. This top WWE star recently apologized over a Becky Lynch insult.

Many members of the WWE Universe were speculating that Lynch could potentially return as a competitor in this year’s Women’s WWE Money in the Bank ladder match. However, this appears like it won’t be the case at all as it was just announced that one half of the current WWE Women’s Tag Team Champions, Natalya will be taking one of the final spots in the lineup for that match.

In other news regarding Becky Lynch, recently called TJ Wilson, otherwise known as Tyson Kidd one of the ‘best in the business’ in a happy birthday wish to Wilson on Instagram. Wilson suffered a spinal cord injury six years ago and has currently been in a backstage role ever since. Lynch captioned the photo by proclaiming: “”Happy birthday to the best in the biz @tjwilson711,”.