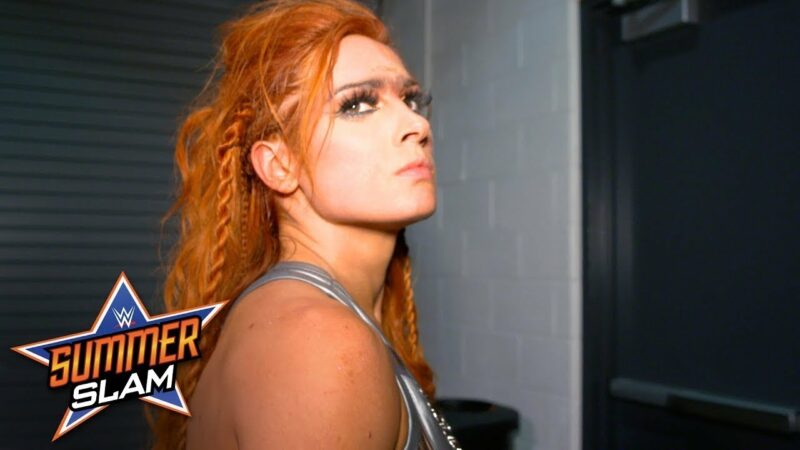 Could ‘The Man’ replace ‘The Boss’? Saturday will be this year’s edition of WWE SummerSlam, one of WWE’s signature pay-per-view events. The show, which is scheduled to go down in the Las Vegas suburb of Paradise, Nevada is bound to be action packed and filled with surprises – however one superstar could very well make their return to the ring duing the ‘Hottest Party of the Summer’. Becky Lynch’s text messages to this older star were recently revealed.

It was recently reported that the highly-anticipated WWE SmackDown Women’s Championship matchup between ‘The EST of WWE’ Bianca Belair and ‘The Boss’ Sasha Banks could potentially be called off due to ‘unforeseen circumstances’. This was later updated to stating that the match was more than likely going to take place “barring something unforeseen”.

In an new update to this development, according to PWInsider, while Bianca Belair is in the Las Vegas area for SummerSlam, Sasha Banks allegedly is not.

Furthermore, the outlet states that should this match no go down as originally planned, it could be way for WWE to ‘break the glass’ and insert ‘The Man’ Becky Lynch into the lineup at the last, possible moment. Of course, it should be noted that it is unconfirmed as of now whether or not Lynch will be at WWE SummerSlam in any official capacity.