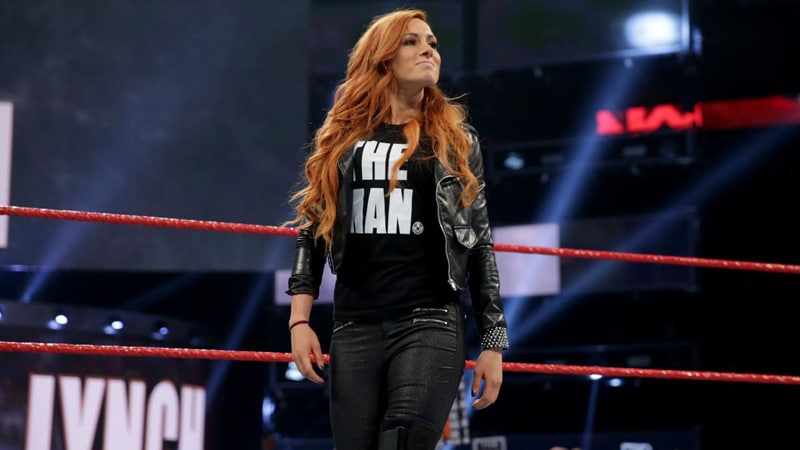 If you expected Becky Lynch to appear during the 2021 edition of the Royal Rumble, you were sorely mistaken as ‘The Man’ did not make her triumphant re-debut after being off WWE TV for a year due to pregnancy. She did, however, troll fans by taking to social media via Twitter to post a picture of herself backstage in the gorilla position right where one would stand as they were to make an entrance out to the ring. Fans weren’t thrilled to not get their Becky!

She later said, “Oh no, my bad. I just thought it was a really nice picture of a curtain.”

“While I’m here, thank you everyone for your birthday messages yesterday and congratulations
@BiancaBelairWWE #RoyalRumble.”

So while Becky Lynch was at the WWE Royal Rumble event backstage, she did not participate during the show. Bianca Belair won the match and will be competing for a title match a WrestleMania. Becky Lynch makes big Royal Rumble day statement

Torrie Wilson, Jillian Hall, Alicia Fox, and Victoria made surprise entries into the Women’s Royal Rumble match, so fans did get their fair share of surprises!

In other news regarding ‘The Man’, the former WWE Raw Women’s Champion issued this message of optimism during COVID-19. She spoke to SI and said the following.

“This is a frustrating period, but there are routines we can make,” said Lynch. “It’s a time we get to spend with our family and reconnect with the ones we love. That’s where we need to focus, rather than the restrictions. Let’s use this time for good, and let’s be stronger in the way we approach one another when we’re all back to normal.” Becky Lynch shares adorable photo with baby