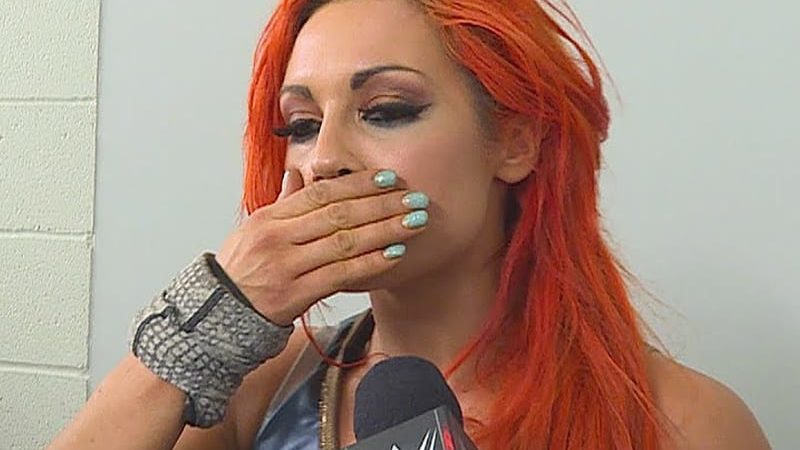 Becky Lynch hasn’t been seen for some time now. We could have seen her at WrestleMania driving in on a tank to see her return, but this was chopped down last minute by WWE. Becky had the chance to work with another star, but that may be out of the picture now as well…Alexa Bliss Posts Hot Sasha Banks Photo.

On the newest edition of the famous ‘The Nitty Gritty Dirt Show,’ we are once again welcomed by two of our very favorite personalities, (who are not The Hardy Boyz) Vince Russo and Billi Bhatti. On this week’s episode, Vince and Billi take us down the winding road that is the spectacle that is professional wrestling.

The section of the show that we will be going over in this article is focused on Becky Lynch and what we could have possibly seen from Lynch if WWE didn’t change their minds so often.

What Bhatti is speaking about above is when Becky was supposed to return at WrestleMania and take out Bayley for the night, but WWE had a change of plans.