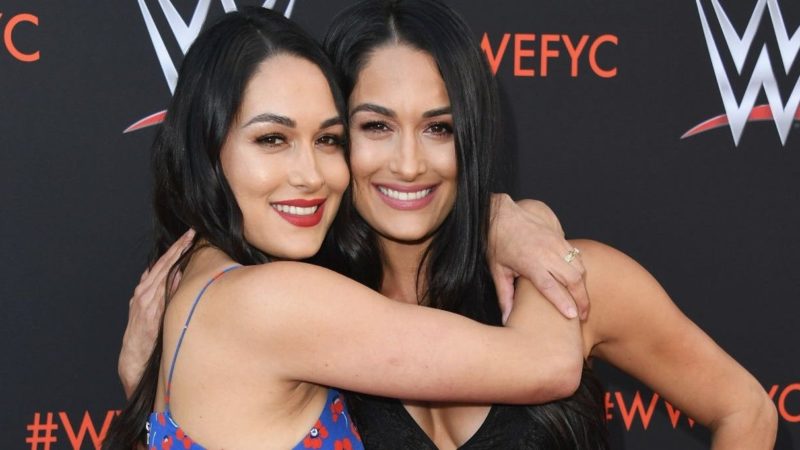 Nikki Bella reveals when do they aim to make a comeback

It has been speculated by many that the sister duo would make the announcement of their retirement from pro-wrestling. But, it seems that is not the case. Nikki Bella makes a shocking claim about a WWE star

Nikki assureed that the two are set to make an in-ring return some time in the near future and it is not very far away.

Nikki Bella who had suffered a neck injury is still not cleared by a doctor to take the bumps in the ring. She also spoke about that during the podcast. However, she is recovering and doing neck strengthening exercises.

“In the next year, it’s gonna happen, because we’ll make sure, right?” Brie Bella said about the Bella Twins’ WWE return. Then Nikki Bella opened up a bit more about her injury status that forced her retirement in the first place.”

Regarding the return, nothing has been finalized and as the time goes, it is to be seen how Nikki Bella recovers from the injury. She will only be able to make a return when the WWE doctors clear her to compete in the ring. WWE star makes a stunning transformation following pregnancy

Nikki Bella also said that there is a lot of pressure on her to have a second child. It was revealed Artem wants a daughter and she wants to give their son Matteo a sibling.

She will also  be eyeing to capture the WWE Women’s Tag Team Titles with her sister Brie Bella when they make the most anticipated return.