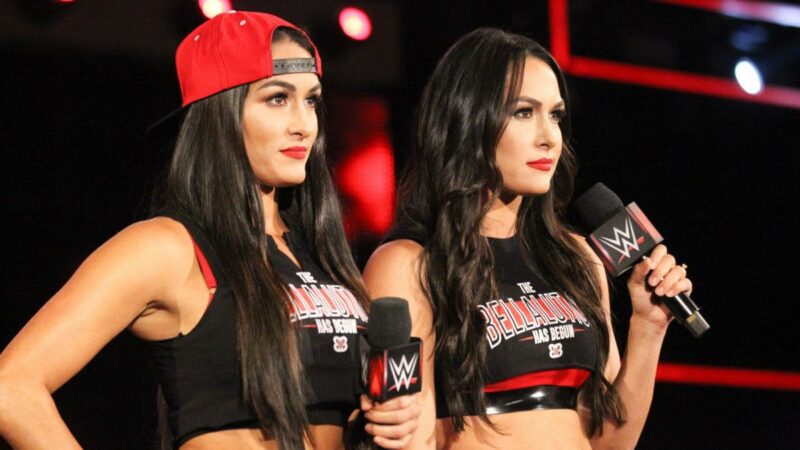 The Bella Twins Army will have a new face at the WWE Royal Rumble, as Nikki Bella’s son Teo will be in attendance.

Lita, Mickie James, and Michelle McCool will also return at the Royal Rumble.

Before I jump into bed…

WWE Hall of Famer Goldberg has locked horns with several high-profile stars in this illustrious career. He recently revealed an amazing fact about his Starrcade 1998 loss to Kevin Nash. The WWE Hall of Famer’s legendary 173-0 winning streak came to an end at Starrcade, where he took on Nash with the WCW World Championship on the line. The match ended with Scott Hall brutally attacking Goldberg with a cattle prod, following which Nash hit a devastating Jackknife Powerbomb on him to win the title. It was noted that Goldberg scared wrestling stars backstage.

Goldberg was rejected to execute an idea

During his latest interview with Sports Illustrated, Goldberg revealed that he wished to change one bit about the historic contest. The in-ring veteran wanted the cattle prod to be the kind that would get stuck into one’s body and light the person up. However, he revealed that this idea was turned down by the company.

“There is one thing I wanted to do differently. I wanted the cattle prod to be a different one. I wanted it to be the one that shot out and stuck into you and lit you up. I was told no, we couldn’t do that. Maybe I was being unrealistic, but I thought that was going to be the coolest thing ever,” said Goldberg.

Kevin Nash ending his streak at Starrcade 1998 made a huge impact on the former WWE Universal Champion. His entire persona had been built upon that feat. Later in his WCW run, Goldberg lost more singles matches to the likes of Bret Hart and Booker T.

Goldberg made his WWE debut immediately after WrestleMania XIX in 2003 and kicked off a feud with The Rock. On WWE RAW, he built up another impressive winning streak and remained undefeated in singles competition during the entirety of his one-year run. Goldberg made his in-ring return 12 years later at Survivor Series 2016 and squashed Brock Lesnar to a huge pop. He made his shocking return to WWE in 2016 and only five men have been able to defeat him and the stars are Brock Lesnar, The Undertaker, Braun Strowman, Drew McIntyre, and Bobby Lashley.