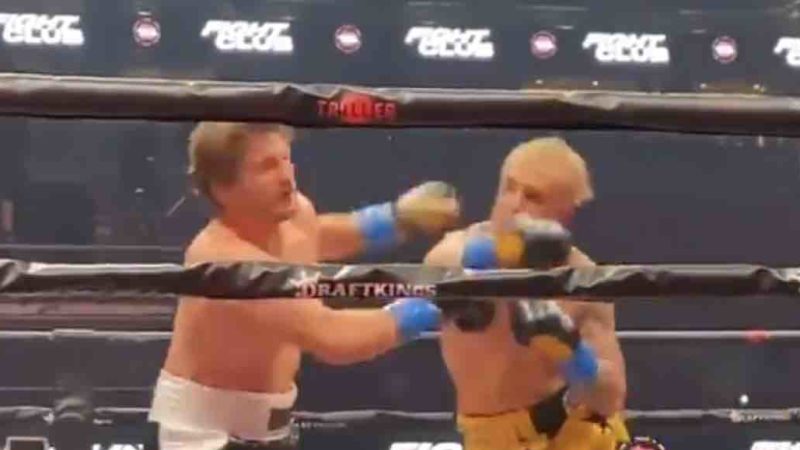 Ben Askren was interviewed on a podcast today and discussed his loss to Jake Paul at Triller Fight Club. Wrestling-Edge.com transcribed his comments, where he said the fight was real and did not say it was rigged. Michael Buffer ‘Ruined’ Jake Paul vs. Ben Askren.

“I’m disappointed. I didn’t spend a lot of time on social media.” He added, “Some people don’t think I took it seriously. When I took the fight, I said number one it’s it for the money, number two I think it’s going to be a good time. I used to box with my friends in high school for fun. I trained hard for 11 weeks, I didn’t miss a practice, it just didn’t go my way.

We knew he had a good overhand right, and I’m a dumbass and didn’t block it. My defense was a little too loose. I heard my coaches say, ‘Stop reacting to his fakes.’ I didn’t. I paid the price.”

“One of the things that really separates me from a lot of people, I could have easily sat on my couch, and said I don’t want to do that because of the potential of getting embarrassed.”

Jake Paul knocked out Ben Askren in the first round of the fight, stunning boxing and MMA fans worldwide.