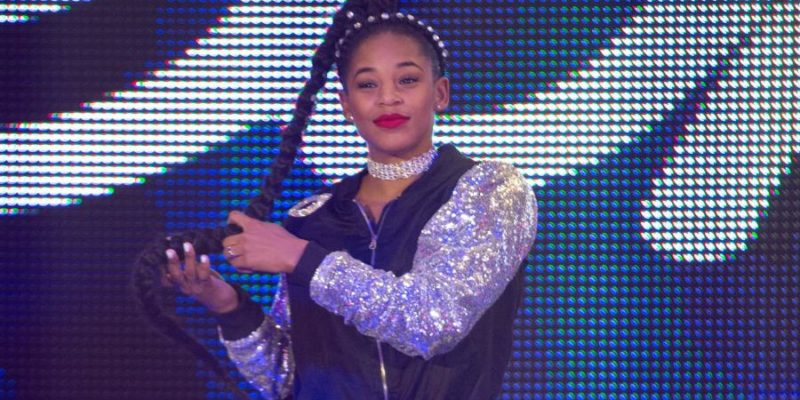 On the pre-show for NXT TakeOver: Phoenix, Sam Roberts took shots at Bianca Belair while discussing the NXT Women’s Title match. He said Belair was not “TakeOver worthy”, and compared her to the list of previous NXT Women’s Champions calling them the elite women in wrestling and claimed that Bianca did not belong on that list.

Sam Roberts says Bianca Belair doesn’t deserve to be on a TakeOver event quite yet and gets headed that was not cool at all he needs to be respectful and professional at all times 👀😳😲😱#NXTTakeOver https://t.co/CANbMXY6YQ

Bianca Belair was unable to defeat Shayna Baszler for the NXT Women’s Title. Following her loss, she was interviewed backstage and was asked how she felt about Sam Roberts and his comments. She was also asked how she felt not being undefeated anymore.

“You know what? Mr. Sam can say what he wants to say because I literally just pushed Shayna to her limit. So, Mr. Sam, you can kiss my ass.”

“The title was literally in my fingertips. So Shayna knows that one day I’m going to take that title from her because I’m undefeated.”