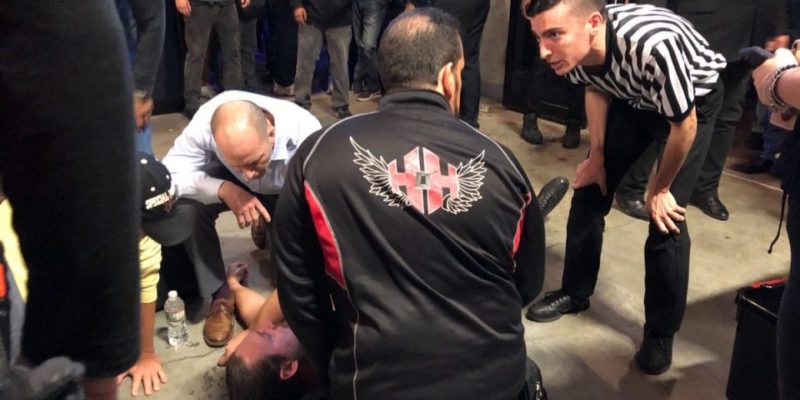 Former WWE Superstar Big Cass suffered a seizure earlier tonight at the 2300 Arena in Philadelphia. He was scheduled to compete at the House of Hardcore event. He was sent to the hospital for further medical evaluation.

It was reported by David Onda that Big Cass went into a seizure, falling to the floor of the old ECW Arena during the show’s intermission. He was busy sitting and signing autographs before this unfortunate event took place.

An ambulance came to the scene and EMTs tended to the former WWE Superstar. He was scheduled to appear during the second half of the show. However, that will not be happening anymore.

According to reports, Tommy Dreamer went to the ring and had asked fans to say a prayer for Big Cass.

Big Cass had been competing in the indie circuit ever since he got released from WWE. He went by the names Big C and Big Cazz.

We will provide updates as we get to know more about this unfortunate incident.