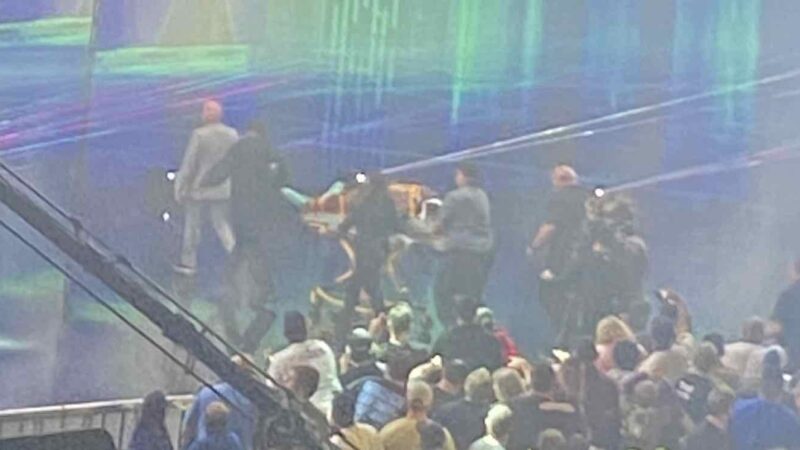 Big E was stretchered out of WWE Smackdown after a tag match with Kofi Kingston, as seen in a video below. Big E has revealed his horrific injury diagnosis.

Big E got stretchered out after a scary belly-to-belly suplex on the outside that landed him on his head. We'll work to get an update ASAP.

WWE Chairman Vince McMahon had treated the newest inductee of 2022 Class of WWE Hall of Fame, Vader as per the ex-WWE writer Vince Russo. He believes that when Vader was a part of Vince McMahon’s company, he was treated unfairly. He also recalled how McMahon and co. laughed when Vader called to inform him about his arrest in Kuwait.

During WWE’s tour of Kuwait in 1997, Vader who was interviewed along with The Undertaker grabbed a TV host by his tie when asked if pro wrestling was fake. The WWE legend was fined and held by the Middle Eastern country for a couple of weeks.

Vince Russo recently opened up about how WWE did not help Vader to get released from prison when he was arrested in Kuwait. In a recent appearance on Sportskeeda’s The Bro Show, Russo revealed that he was in the room with Vince McMahon when a scared Vader called the company to seek help after being arrested but he got the least help:

“When I was there, he was the b*ttend of everybody’s joke. I’ll never forget – and this is an absolute shoot – do you remember when he was in Kuwait and got physical with that TV reporter? Bro, they threw his b*tt in jail. I was at Vince’s [McMahon] living room table, working with Vince when he got the call from Vader. Bro, Vader was scared to death. He’s in prison in Kuwait. What do they do? They’re not accepting his phone calls and they’re laughing about it like it’s a big joke,” said Russo.

During a recent edition of Grilling JR, professional wrestling and sports entertainment commentating icon as well as the former Head of Talent Relations for WWE – Jim ‘JR’ Ross discussed how Vince McMahon kept the ever-so-controversial finish to Survivor Series 1997’s matchup between Bret Hart and Shawn Michaels a secret. Credit to Sportskeeda for the below.

“I was especially p****d off because I didn’t know it was going to happen, and the reason that Vince did that made all the sense in the world and it’s why he’s much smarter than I. He said, ‘You can’t let the locker room down. If you knew it and didn’t say anything, it was like you condoning it.’ And I didn’t condone it. I didn’t think it was a good idea,” said Ross.