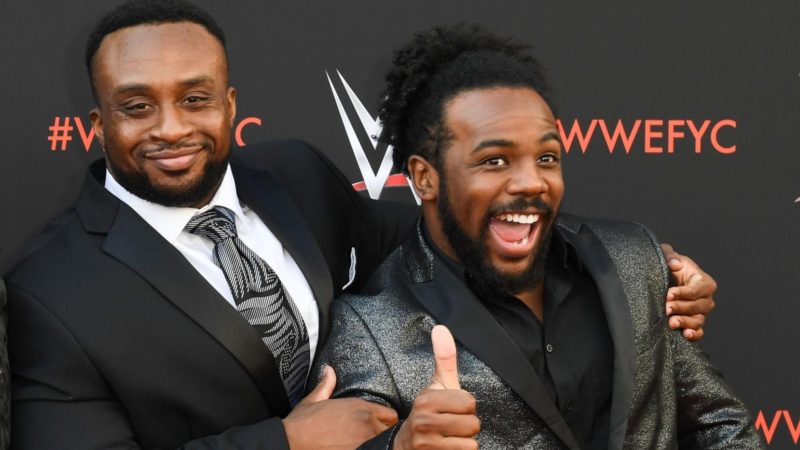 Big E has started his latest singles run while Kofi Kingston and Xavier Woods are on the shelf. He kickstarted it with a big submission win over The Miz two weeks ago using the Stretch Muffler.

Fans have been looking for Big E to get his shot at singles gold for some time now, and with the New Day out of commission, now is the opportunity. However, Big E is happy that they didn’t have to break up. In an interview with Sports Illustrated, Big E said:

“Our story is one of brotherhood. That’s so different. Why can’t you have three men, three black men that really care about each other, that want to see each other succeed? It’s not about stabbing each other in the back, it’s about coming together for a common cause.

If you look at any stable in 10 years – besides The Shield – I can’t think of very many where a break-up benefited everyone. There’s so much more you can get out of the three of us staying together.”

“I was so focused on being serious. All the guys I enjoyed watching as a kid were in that vein… Ron Simmons, Scott Steiner, Vader. The big, massive dudes that were ass-kickers, that’s what I wanted to be. But there were already guys that were taller and bigger on the main roster that were filling that role.

I needed to find what made me different, what made me unique, and Woods really helped bring that out. He’s so free and creative and energetic, and goofy, and that allowed all of us to lean more toward that aspect of ourselves.

Big E finished up, saying that without Xavier Woods, there’s no New Day. It can be argued that, without Woods and the popularity of the group, we may not have ever gotten Kofi Kingston’s WWE Championship run either.